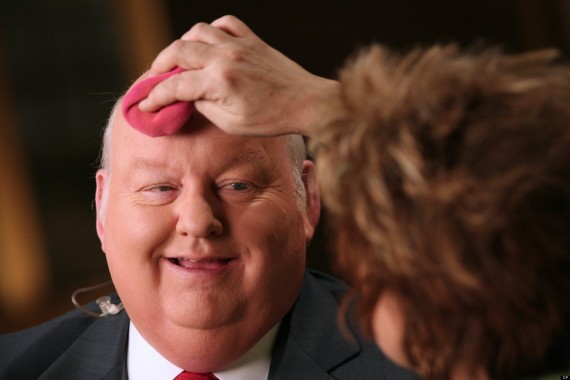 June 24, 1997: Mike Duffy, Giant of JournalismTM and future Tory Senator, testifies in discovery for his $600,000 defamation suit against Frank.

At issue, a Frank story entitled “Mike Duffy: Fat-faced Liar,” about his check-in at Duke University’s fat farm, and his on-air nosestretchers about the true purpose of his visit to the American institute of higher larnin’.

The article, Duffy complains, suggests he “lies to the public…is without integrity…is not worthy of the public’s trust and confidence.” He further alleges a four-year “campaign of abuse,” consisting of “personally as well as professionally demeaning and insulting attacks.”

As we await Senator Accused’s April 7 appearance on charges of fraud, bribery and breach of trust, Frank hereby presents some of his last recorded statements under oath.

The entire discovery document remains sealed by court order, but excerpts published by the Globe and Mail, prior to the order, have been reproduced here. Frank was represented by long-suffering legalist, Will McDowell; Duffy by David Sherriff-Scott.

From the May 1998 Globe and Mail, “Has Frank met its match in Mike?” by Anne McIlroy.

“In the transcript of the examination for discovery, filed in Ontario Court, general division, and obtained by The Globe and Mail, Mr. Duffy tells Frank lawyers that Prime Minister Jean Chretien told him privately that his treatment in the magazine was the reason the broadcaster had not been named to the Order of Canada. (An examination for discovery is a pretrial process that allows the lawyers to ask questions of the other side under oath.)

“[In his testimony, Duffy] says his failure to win the prestigious award is evidence of the damage he has suffered because of the magazine’s efforts to hold him up to ridicule. ‘I would frankly like to have the Order of Canada before my mother dies. She’s 80 years old,’ Duffy said. ‘I’ve been nominated three times and three times the message has come from the Privy Council Office on the back channel that Frank is the reason you’re not going to get it and Frank is the reason your mother is not going to see you win this award.’ [This] “makes my blood boil.’”

“Early in the examination for discovery, Duffy says he isn’t at liberty to name his ‘back channel,’ or private source. Later he says the Prime Minister himself told him why he didn’t win.

“The Order of Canada is awarded to outstanding Canadians chosen by a committee that includes the Chief Justice of the Supreme Court of Canada and the head of the Privy Council. It isn’t supposed to have anything to do with politics or the Prime Minister. 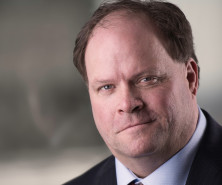 “Jennifer Lang, a spokesperson for Mr. Chretien, wouldn’t comment, beyond insisting that ‘the Prime Minister is not involved in the granting of the Order of Canada.’

“If it goes to court, even if the Prime Minister doesn’t testify, the case promises to be interesting because of the limits it could set on satire in Canada. It could also prick the consciences of anyone who has ever had a laugh at someone else’s expense.

“The statements of claim, the document that details the alleged libel, describes a February, 1995, Frank story with the headline, ‘Mike Duffy: Fat-Faced Liar.’ The story says that Mr. Duffy was receiving treatment at a weight-reduction clinic at Duke University in Durham, North Carolina, but that he said on a talk show that he was at Duke University discussing politics.

“Mr. Duffy is also claiming that Franks‘ four-year campaign of abuse against him was malicious. He is asking for $600,000 in damages. 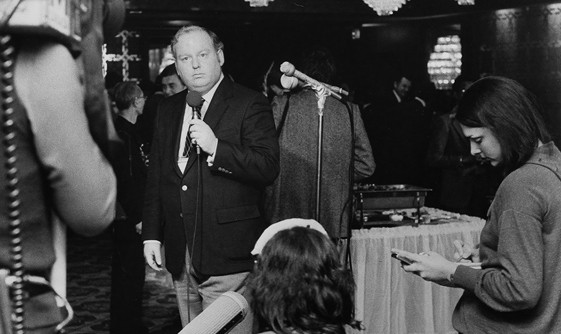 Frank has mocked Mr. Duffy’s weight (in the transcript he says he weighed 270 pounds when he arrived at the Duke University Medical Center). It called him the Puffster and an “eyesore” and a “flatulent apologist.” The magazine has also questioned his abilities as a journalist and sneeringly suggested he is too close to some politicians.

“Frank, according to Mr. Duffy, made it acceptable for other media to mention or joke about his weight. For example, the Royal Canadian Air Farce depicts him as Tiny Mike. As well as costing him the Order of Canada, he said the attacks lowered his standing at CTV.”

“In the examination for discovery, Mr. Duffy makes a very convincing case for how much being ‘Franked” can hurt.

“’I don’t know anyone who wants to be held up to ridicule,’ Mr. Duffy says on the transcript. ‘I’ve never met a human being who wants people to make . . . personal comments about them. . . . I’m not sure if your clients appreciate when they put down the Prime Minister for his accent and so on that hurts him personally. Now, one could argue that he asked for that because he ran for office, but the fact is we’re all human beings, and what your magazine, or your client’s magazine, consistently demonstrates is a complete absence of any shred of humanity in relation to other human beings.

“’And there is no reason for you to think for one second that Mike Duffy doesn’t have a heart, that I can be hit and not be bruised and not feel it. Of course. And everybody else who is in there feels it too, when they’re attacked. So the idea that you can get some kind of free pass that Mike Duffy is the only human being on Earth who doesn’t feel pain when people make cracks about him, personal cracks, is totally wrong.’

“It makes for riveting, voyeuristic and at times sad reading, as insult-by-insult, Franks‘ lawyers question Mr. Duffy about his treatment at the hands of their client.

“Mr. McDowell: ‘They have published your high-school yearbook photo, as they have others, I take it. There is nothing demeaning or insulting about that, is there?’

“Mr. McDowell: ‘I think this says ‘Eyesores of Yesteryear,’ actually.

Convinced that Frank had untold millions stashed offshore, Duffy spent nearly $50,000 in legal fees in his quest to “pierce the corporate veil.”

To no avail and eventually both sides agreed to an out-of-court settlement to the tune of $30,000.

2 comments on “The Puffster Papers”