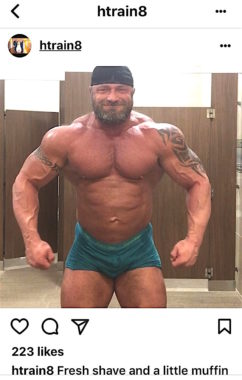 “One by one, the four Ford siblings made the trip to the office of Deco Labels and Tags, where Nelson Scharger, a retired Toronto police sergeant, was waiting with a polygraph machine.

“It was the last weekend in April 1998, and the family patriarch, Doug Ford Sr., was furious. One of his children had stolen from him. He was sure of it. And now he was going to prove it.

The Conservative MPP’s cache of mad money had gone missing, “a thick roll of bills stashed away in a tin can behind a brick in his basement wall. It was enough cash to buy a luxury car.”

Doug Jr., Rob and Randy all professed innocence, and passed the lie detector test, but Sister Kathy and her hubby Ennio Stirpe flunked it.

Later that year, after Kathy and Ennio split, he would kill her boyfriend, Michael Kiklas, in front of her with a sawed-off shotgun. Another of Kathy’s druggy beaus, Scott McIntyre, accidentally shot her in the head in 2005 with a different shotgun.

All of which is to say what a relief it was for the whole family when Doug Jr.’s daughter Krista Ford, displaying none of Auntie Kathy’s weakness for over-medicated, criminal losebags, paired up instead with one of Toronto’s finest, Sgt. Dave “Juggernaut” Haynes. 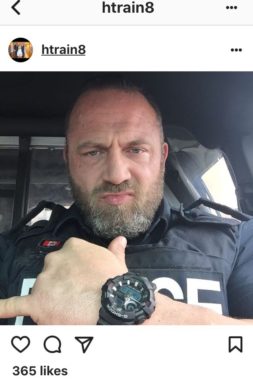 When Dougie recently teed off on the “fat cats” sucking dry the taxpayer teat on Ontario’s Sunshine List, he most assuredly didn’t mean his no-neck son-in-law, who earned every penny of his $114,190 take-home last year, all while keeping up a demanding regime of gym-rattery and related social media preening.

The Juggernaut may look like a typical steroidal palooka, but ripped, shaved, meticulously oiled looks can be deceiving, as Dave will be the first to tell his Instagram fans: “It’s not for intimidation, it’s not to manhandle people or beat them up in fact the last thing I wanna do at work is get physical with someone, I think most cops would agree. I look this way for me, and I personally think it looks good in uniform when you see a fit officer who looks after themselves.” 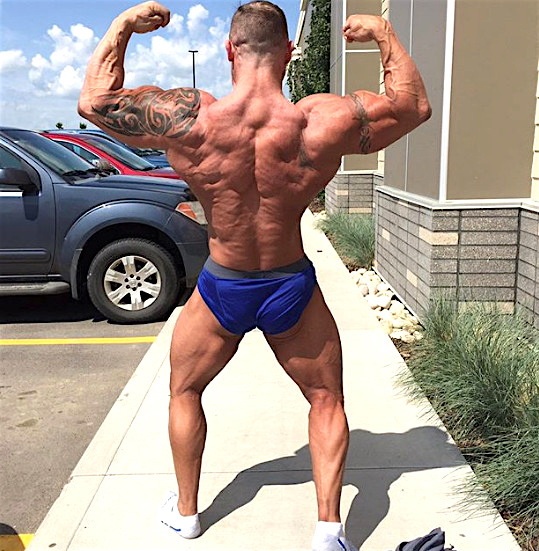 Alas the exigencies of The Job will sometimes test the resolve of even the most prudent and pacific peace officer. Such was sadly the case of Marvin Blackwood, a known-to-police passenger in a car Officer Haynes and partner Const. Jean Loiselle pulled over on a traffic violation in May 2008. Haynes recognized Blackwood from previous, er, interactions and invited him out of the car for a little chat.

Q. And what happened?

A. I was in the process of asking him if he had any weapons, and then bam, he reached out with both hands and shoved my shoulders back.

Q. Prior to Mr. Blackwood shoving you, had you touched him at all?

Q. Had you bent him over the trunk?

Q. Had you started searching him or anything like that?

Q. He pushed you and then what happened?

A. Well, I grabbed him. When he pushed me, he did knock me off balance a little bit but I was able to grab him and then I — my automatic reaction to the push was to lunge forward. And when I lunged forward, he went down and I went right over top of him.

She conceded that “Mr. Blackwood was arbitrarily detained because his detention was not based on reasonable suspicion that any crime had been committed at the time he was stopped by police,” but found he had nonetheless employed excessive force in resisting that bullshit arrest. 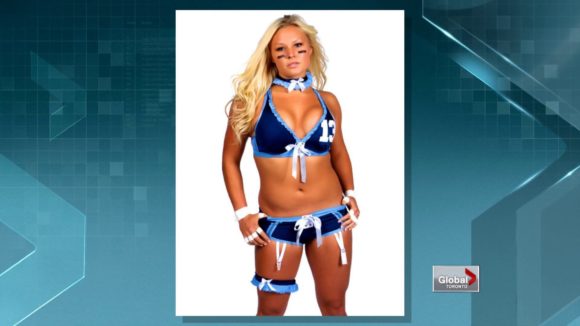 In the event, Blackwood went down for five firearms-related charges and five for resisting arrest and assaulting Officer Loiselle, but beat the rap on shoving the surprisingly top-heavy cop who choked him out:

Just another case of arbitrary arrest for driving-while-Blackwood? Shurely not! Anyone following Officer Dave on Instagram knows he doesn’t see colour, creed or what-have-you:

“I don’t care what you look like physically, I don’t care what your religious beliefs are or whether or not your clothes reflect that….and most of all I don’t give a rats ass what colour your skin is….I, like so many police officers, are attracted to behaviours odd or different behaviours that seem to break the norm of any given situation. That doesn’t mean these behaviours are illegal or that you ll get arrested it just means your more likely to be noticed, and if you happen to be doing something wrong or illegal in the process your chances of getting caught have just increased because your initial behaviour attracted attention to you. Hope that clarifies things for some people.”