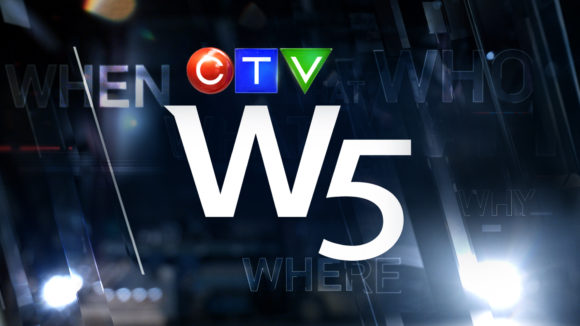 First it was Paul Bliss. Then Scott Laurie. Now the epidemic of sex creeping at CTV has reached into W5, the network’s flagship investigative news show.

Readers will recall that Bliss, CTV Queen’s Park reporter, went for the high jump after being accused of Weinsteining a former colleague.

Then came sexual misconduct allegations against Laurie, the CTV news anchor. He was soon disappeared from the Agincourt bunker, along with his name, bio and Twitter account.

Now one of Laurie’s victims has come forward with allegations that harassing women via “creepy” emails was just the tip of the sleazeberg.

In a Frank interview, a former news producer described a work place rife with sexual misconduct and abuse.

Ms. X., who spent eight years with CTV, left in 2009. (Minor details have been revised in order to protect the victim’s identity):

“Scott and I were really good friends for the first couple of years. We liked the same music, we hung out socially. Then it went to flirtatious and then to being quite forward.

“He started sending suggestive emails, like, ‘You looked really pretty today…I really enjoyed watching you on the dance floor.’”

“In one email he asked me to come and see video in the ‘viewing sweet.’ I said, ‘you mean suite.’”

“He replied, ‘Well, come and see for yourself.’”

“So I went to see, but there was no tape. Then he closed the door and tried to touch me. It was quite risky because at the time, there were other reporters outside the room, they might have heard. I said, ‘Stop it! I’m going to leave.’”

“I stopped talking to him for a while. Told him I’m not interested in you that way.”

Later on, when I was at NewsNet, he was the anchor, and we were friends again because he had a girlfriend. But then the same type of thing started with the emails.”

“I remember covering a school shooting and Scott was filing for National late night news. When my boyfriend came to pick me up, Scott asked, ‘Who’s that guy? That’s not going to last. I’ll sleep with you before you walk down the aisle.’”

“One time we went out for Halloween party to a night club, a group of 15 of us, and when we stood up to have our picture taken, he grabbed my bum. His girlfriend was standing beside him.

“I was afraid Scott might say something so I wouldn’t get shifts. I was younger, in my twenties and back then, I didn’t think anyone would take me seriously.

“He was so persistent. He kept on for five years. I thought it was just me, but then a friend told me he was doing the same thing with her.  I told her to watch out for him. He seems nice and sweet, but he’s weirdly aggressive.  She also left CTV.”

“But my W5 incidents were far more traumatizing. I worked there three years and finally I left because it was so difficult.

“I remember being [in a public place] and one of the W5 people was loaded and making passes at me. He got so aggressive I had to hide in the bathroom. Security came in and I asked if they could ask a friend of mine who was there to get the guy out of the building.

“I found it disgusting—and ironic—that at that time W5 was running a series on women being exploited by sexual traffickers.

“That person [he’s still with W5] has an alcohol problem and has been banned from several bars in the area because of booze, and his last partner left him because of this.

“My [female] W5 colleagues just laughed at me about the incidents. So why would I speak with anyone when people who witnessed it were laughing?

“Another senior producer told me I was ‘very lucky to have the job’ at W5.”

“That can be taken in many ways. Like, ‘you have this job because of me so don’t screw it up.’ That’s the way I took that remark.’”

Ms. X, who still works in TV news, hasn’t yet decided if she will contact CTV Human Resources about her experiences.

“I’m not sure I’m going to make it official. I just don’t want Laurie worming his way back into the company,” she said.

2 comments on “Feel me up, Scotty! More CTV Sex Pigs!”