The Fixation of Gavin McAnus 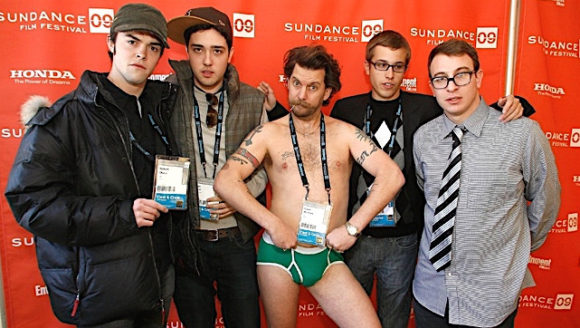 From faux punkster growing up in the cow fields of Kanata to leader of a white nationalist hate group targeted by the FBI, it’s been a long strange trip for Gavin McInnes.

The co-founder of Vice Media, former Fox News contributor, and onetime alt.right personality with Ezra Levant’s Rebel Media, McInnes has at last gained the notoriety he always craved: The FBI has placed his Proud Boys on their shit list as far right extremists who have helped escalate “violence at political rallies held on college campuses, and in cities like Charlottesville, Portland and Seattle.”

How did this failed Johnny Knoxville imitator get from Ottawa to international thug stardom?

Let’s let him tell us, shall we?

From his podcast studio in the rec room of his Larchmont, N. Y. digs, the punk poseur recently explained how his future was shaped at Earl of March High School in Kanata. (Spoiler alert: Gavin’s Ottawa childhood was one long fart joke.) 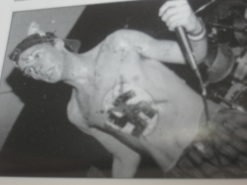 “The New York City of our lives was Ottawa, Canada. A government town. It attracts bureaucrats. Unadventurous people. It’s like a cruise. You’re going to be around the least adventurous people, where you get supplied with your buffet and you don’t have to think. Dull. (Alas, Gavin makes no mention of the Rebel Caribbean Cruise borefest he was on last year.)

“Ottawa’s a dull city. With a government-funded opera house, a big huge cement building where they listen to opera, classical music and pretend they’re aristocrats.

“We were all middle class, upper middle class kids of engineers and stuff. There was a burgeoning tech industry in Ottawa. The government wanted to create a Canadian silicon valley so they imported all these British people with educations so they could build them computers. (Gavin’s father is a Brit techie.)

“Kanata Ontario is worse than the ‘burbs and it’s worse than the country burbs. It’s manufactured rural suburbs. They bought farmland and put up these cookie cutter homes that all looked the same. If you walked out your back door you just walked through cow fields.

“I would just stay home Friday night. Do bottle tokes and drink beer and watch all three Max Max movies and then walk around with a blanket around our shoulders through the suburbs and cow fields.”

“We invented traditions that made high school super fun.

“We had a thing, ‘ball tag,’ where you punch a guy in the nuts. There was this kid Rick Lowe. I remember nailing him once. I got down and [pretended to] tie my shoe. And I came up under him with a super Mike Tyson undercut [sic] and nailed him in the nuts, hard. His feet came off the ground (laughs). When you got nailed in the nuts in our ball tag you would have to lie down for one hour.

“We used to wedgie guys and hang them on a basketball hoop.”

“Being a non-conformist is a sense of a structure, a cult. And in high school, we invented our own culture. We actually passed the torch to the next generation. And they dropped it. I heard that Earl of March, it was never quite as fun as when we were there. I spoke to that next generation after I graduated and they said, ‘Yeah, it’s not really the same.’

“We were legends. We just made up our own rules. For example if someone farts…or burps and doesn’t say ‘safety’ and you say ‘slut,’ then you get to beat the crap out of them until they can name five breakfast cereals.” (Proud Boys initiation includes being punched  by members until the punchee names five cereals.

“We had all this anger and frustration. If we were in Papua, New Guinea and we were tribesmen, we would have been out eviscerating people and eating their bowels…and raping their women.

“But you can’t do that. [These rituals] are very healthy. By outlawing these rituals they’re destroying people. And it’s got to come out somewhere.

“I remember we were all super high and Tom Williams had to fart. So we randomly chose someone to be farting on.

“You notice by the way, a lot of poo stuff here. Hey ladies, trans people, genderless, binary, non-binary girls, if you’re coming over to the dark side and becoming a man, it’s not all Don Draper, martinis at lunch. It’s mostly shit jokes. We talk about sex a lot but we talk about diarrhea a lot. 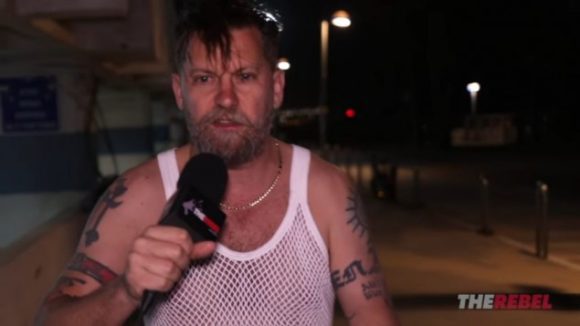 “So Tom has to fart and he says, Gavin, so four guys hold me down and one person holds my head up with his hands and I cannot move and Tom pulls down his pants and I see his anus coming toward me.

“The reason I have all these stories is because my daughter and my eldest son keep asking me, ‘What did you do in high school?’”

“So I get to relive all these and every time you tell one you remember another and it’s fun. That’s a great thing about having kids, too, you get to relive your childhood.”

Mamas, don’t let your incels grow up to be Proud Boys.

Update: In a sudden change of heart, McInnes announced today that he has decided to “quit” the Proud Boys. No one is suggesting his lawyers urged him to get out ahead of the imminent legal shit storm, nor should they, but there is the little matter of Gav’s green card. To be cont’d…

4 comments on “The Fixation of Gavin McAnus”