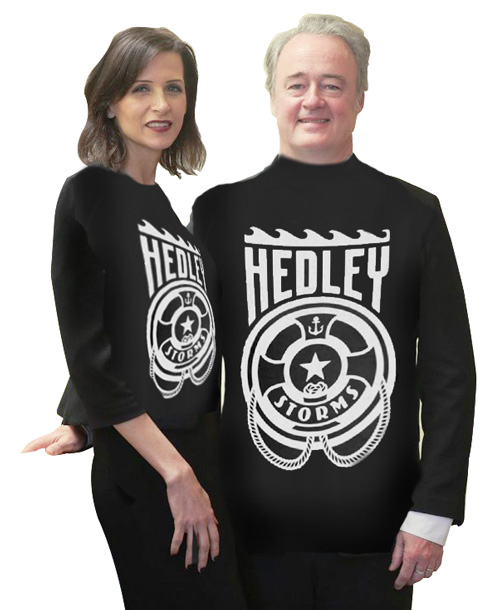 Customarily, this is the kind of juicy hanky spanky that arouses a born again feminist like Warren. Consider, for example, how he led the campaign to lynch Justin Trudeau for his ancient ass-patting misdemeanours in Creston (Franks passim.)

But while Kinsella’s fellow fems were celebrating the charges against Hoggard, from the Kinsella camp came there crickets.

That’s quite a volte face for the punk poseur, who only four months ago was welcoming Hoggard with open arms, after his former reps, Navigator spin weasels, realized they had a PR nightmare of Ghomeshiesque proportions on their hands and quickly punted.

The Green Light Group, as it transpired, was a satellite company to Kinsella’s Daisy Consulting–a surrogate operation, run by Warren’s then-wife, Lisa, where awkward clients and uncomfortable questions could be stashed away from prying eyes.

After all, just imagine the embarrassment if the Kinsella-Hedley connection ever got ou—whoopsie! Lisa’s name was attached to the Green Light press release and inquiring minds were soon demanding to know wtf? How come Mr. & Mrs. #MeToo were the mouthpieces for a sleazebag charged with unpermitted packings of the peanut butter?

When entertainment writer Caleb Stark suggested on Twitter that it was rank hypocrisy for Lisa, self-styled women’s rights activist, to take on sexual predators as clients, Warren had Stark served with a libel notice.

Warren then announced he had “fired” Hedley–just like he “fired” Olivia Chow and so many others, after the truth became too uncomfortable.