It’s a ticklish time indeed for Senator Colin Kenny. The active senior for Rideau stole a march on his Liberal colleagues and recused himself from caucus back in November, pending the resolution of a sexual harassment complaint against him by former staffer Pascale Brisson (Franks passim). 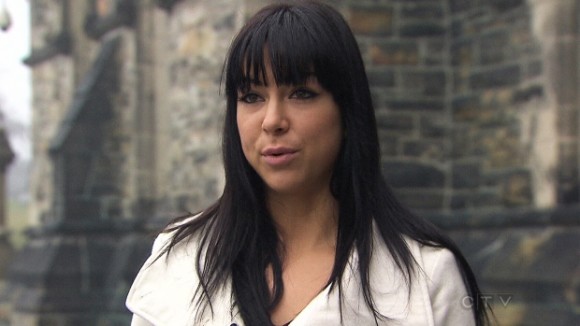 The senate human resources directorate has dropped the cone of silence on the investigation, and there’s approximately zero chance the public will hear a word of it.

They have to act fast, however, if they want to bury this unpleasantness before the next salvo of muck is flung Kenny’s way.

Radio-Canada gave Brisson a microphone in September to complain of running endless personal errands for the senator, paying his cable bill, ordering his custom-tailored shirts, paying his personal trainer, etc.

Her sexual harassment allegations came later, but Brisson’s complaints opened the door for follow-up interviews with past survivors of Kenny’s tanning business, including one who recounted a undergoing a performance review on her knees.

Four more women have come forward with allegations against Kenny

Now Bureau has taped interviews with four more women claiming to be former employees/victims of Col. Klink. Shot in shadow and with voices altered to protect their identities, they’re expected to air the dirty, dirty laundry later this month, in what seems a deliberate attempt to set the cat among the pigeons vis-a-vis the senate’s investigation.

The honourable senator, to his credit, hasn’t let these inconveniences cramp his high-flying style. The veteran trougher is the second-biggest spender on travel so far in this parliament ($204,368.28) coming only second to jet-setting person-of-interest Pam Wallin ($313,341.14).

When Kenny pulled out of the Liberal caucus Nov. 13, he had just returned from a weekend junket to Mexico City for a Trilateral Commission clambake.

Last month he returned to the Mexican sun on a toot to Veracruz for “Johns Hopkins University’s Atlantic Basin Eminent Persons meeting on ‘redefining’ Atlantic relations,” according to the good senator’s website.

An eminent time was no doubt had by all.