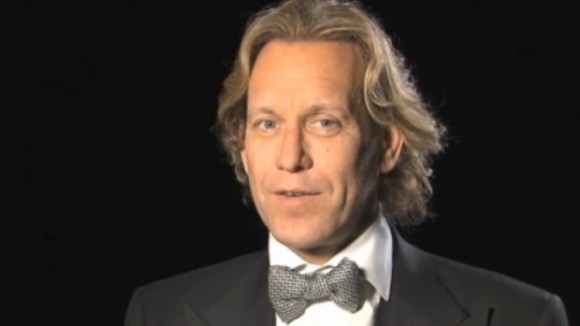 It is somehow reassuring that in these pink slippery times, with some 650 sluggos for the high jump, that the CBC goes into its ninth season of Dragons’ Den with its complement of millionaires intact (Kevin O’Leary and Bruce Coxon make way for Vikram Vij and Michael Wekerle).

But can either of the new boys fill O’Leary’s clown shoes as the show’s resident shithead, as objectionable in person as on camera?

“He donates millions to a wide variety of philanthropic interests, ranging from hospitals, and educational funds, to arts companies such as Opera Atelier. Michael Wekerle’s entrepreneurial spirit combined with lavish lifestyle, celebrity friends and joie de vivre have placed him uniquely at the top of both the society pages and the list of Canada’s top power players.”

Alas, the PR may paint him as “Mick Jagger meets Warren Buffet,” but the genuine article is more Vince Neil meets Rob Ford. 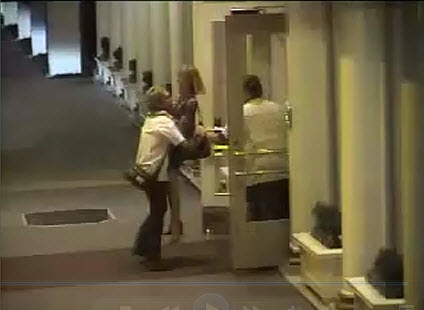 Take, for example, the case of Brooks Jansen, a valet at the Capital Hotel in Little Rock, Ark. Jansen last year sued The Wek for $150,000+, alleging shoulder injuries sustained wrestling the over-refreshed financier on the evening of October 22, 2010.

Attached to the suit is a security incident report recounting Wek’s legendary performance. He’d flown in on a private jet and arrived with a skin-full of top-shelf booze and a fanny pack jammed with cash (as much as $10,000, according to companions).

Awesomeness ensued. The CBC, if the report is to believed, has found itself a gifted performer.

Hotel security officer Michael Parnell gamely attempts in 11 pages of meticulous notes to capture the grandeur of Wek’s rampage, but Frank is certain you had to be there. Herewith, some highlights:

* “Mr. Wekerle had reserved a table for twenty-one people for 6:15 p.m. I saw and heard one of Mr. Wekerle’s associates tell Mr. Wekerele, through clenched teeth, that Mr. Wekerle had ‘kept twenty people waiting for two hours.’”

* “Mr. Wekerle went to the Capital Bar and Grill and greeted three black males who had arrived earlier and were seated at the bar. According to Mr. Wekerle’s associates, Mr. Wekerle had met the three males earlier in the day at a liquor store (or possibly a gas station or combination thereof) on the way from the airport. Mr. Wekerle had invited the males to the hotel. 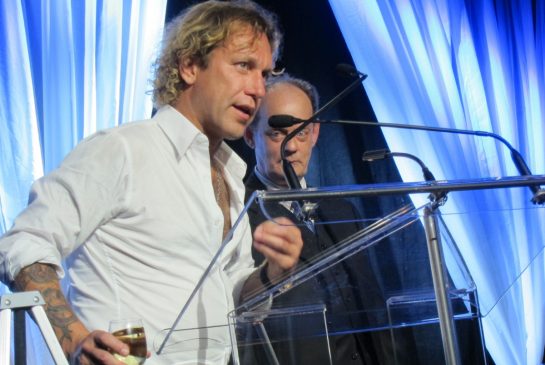 *“I told Mr. Wekerle that if he insisted on acting in an inappropriate manner, and would not remain in his room, we would ask him to leave. Again he replied, ‘Or what?’ He demanded to know what I would do, and I told him that ultimately I would be forced to evict him, and that if he resisted eviction I would call the Little Rock Police Department if necessary. Mr. Wekerle seemed to grow even angrier. He shook his fingers at me and told me he would get a lawyer and sue the hotel…Mr. Wekerle pulled away from his associate and seemed to focus intently on me. He turned slightly sideways, and I saw his chest heave several times. His eyes narrowed. He began to shake his head back and forth and he said, ‘I’ll…I’ll…you…I’ll fuck you up.’ I told Mr. Wekerle, ‘Sir, you’re done. You are leaving this hotel.’”

*“At approximately 9:45 p.m., two of Mr. Wekerle’s associates…stopped told me they had put Mr. Wekerle to bed in the Peabody [Hotel], and that we should not have any trouble out of him for the rest of the night. I apologized for having to evict Mr. Wekerle, and one of his associates replied, ‘Fuck, I would have kicked him out sooner than you did.’”