CanCon trilobite Randy Bachman wasted no time in raising a mighty piss and moan over President Steve’s unauthorized use of his timeless dad-rocker, Takin’ Care of Business, at a pre-parliamentary pep rally at the Ottawa Convention Centre. 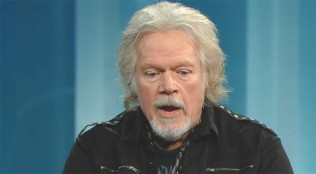 “I don’t think he’s taking care of business for the right people or the right reasons,” the BTO front-Mormon and host of CBC’s Vinyl Crap kvetched to The Huffington Post, adding that Harpercon copyright regs are sticking it to starving artists like himself with piss-poor digital streaming royalties, ten cents for every thousand virtual spins on Spotify. (This from one of the country’s richest musicians, who made millions on royalties from The Guess Who and BTO!)

The whole contretemps dredged up Harper’s past appropriations of the tunelessly familiar ditty (also without Bachman’s blessing. Takin’ Care of Business was his 2011 campaign anthem, and last November at his karaoke jam at the Tory convention in Calgary, Steve’s penultimate gig with prime ministerial backup band Herringbone.

In February, readers will recall, the band’s drummer Phil Nolan found himself in a spot of bother related to his day job as a schoolteacher.

The Ottawa police kindly gave the PMO advance notice that Nolan was to be charged with multiple counts of sexual assault, sexual interference and sexual exploitation involving minors and dating back as far as 1998.

This enabled Steve’s spin-thingies time to have ready a press release that the PM was “shocked and disturbed,” but above of all, unaware of any allegations against his trusty stickman. Yet another unsavoury Harper associate avowedly disavowed.

Chances are you’ll go far if you get in with the right bunch of fellows, etc. Curiously, though, while Avalon Public School had benched Nolan in November, assigning him to administrative duties when the police investigation began, there he was behind the kit for the PM once again Dec. 1 at the Jewish National Fund’s Negev Dinner in Toronto.

With Stevie and the Diddlers now on indefinite hiatus, all this is ancient, sordid history, bien sur, best forgotten but regrettably stirred up once again by the PM’s profoundly stunted classic rawk repertoire.