One of the reasons I wouldn’t sleep with a man is because I wouldn’t feel equal, both in that I feel more spiritually advanced than men, and because society places men over women. How do you feel equal when you’re with a man?
–k.d. lang

Money may not buy happiness, but what can it hurt? N. Murray, 55, has a net worth of an estimated $2.2 billion, putting him among the 20 richest men in Canada. He’s a self-made gas/oil magnate, with a huge stake in the Alberta tar sands and various mining companies. He’s also a philanthropist and co-owner of the Calgary Flames. 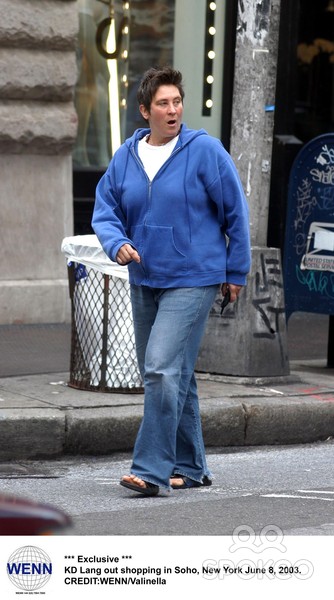 All this and Heather bolted still from the family mansion to play for the other team—and we don’t mean the Edmonton Oilers. 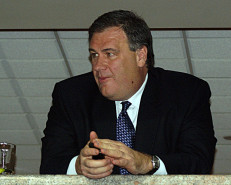 Lang, of course, needs no introduction, but here’s one anyway: Singer/songwriter/producer/actress/playwright, she embraced her inner butch years ago and has ascended to iconic status in the gay community–unofficial ambassador and the epitome of lesbian chic.

Apparently k. d. and Heather aren’t making a secret of their torrid romance. They’re often seen together, dining out at Calgary’s swell eateries.

What prompted Heather to join the ladies who lunch is a mystery, but there is some speculation that her growing spiritual awareness clicked with k.d.’s.

Apparently Heather’s new interest in Buddhist studies was inspired by lang, who has been a Buddhist for decades.

Lang is actively involved with the American Foundation for Tibetan Cultural Preservation, a kids’ camp called Tools for Peace and she supports various other causes, environmental and otherwise.

Doubtless, all this fruity environmental claptrap is just one more sore point for N. Murray (“I got yer peace tools. Right here, baby!”)

Consider, for instance, that N. Murray is also a major investor in Imperial Metals, which, readers will recall, closed down after it was revealed to be the source of tailings pond effluent that poured into Hazeltine Creek near Williams Lake, B. C. last month.

Lang has had a string of companions over the years, including Julie Cypher, Leisha Hailey (who played Alice Pieszecki on the L-Word), and long term girlfriend Jamie Price. Their eight-year relationship ended in 2011.

Then there was the famous photo shoot for Vanity Fair that had Lang sprawled in a barber’s chair, with supermodel Cindy Crawford sitting astride her in a swimsuit and giving her a wet shave. 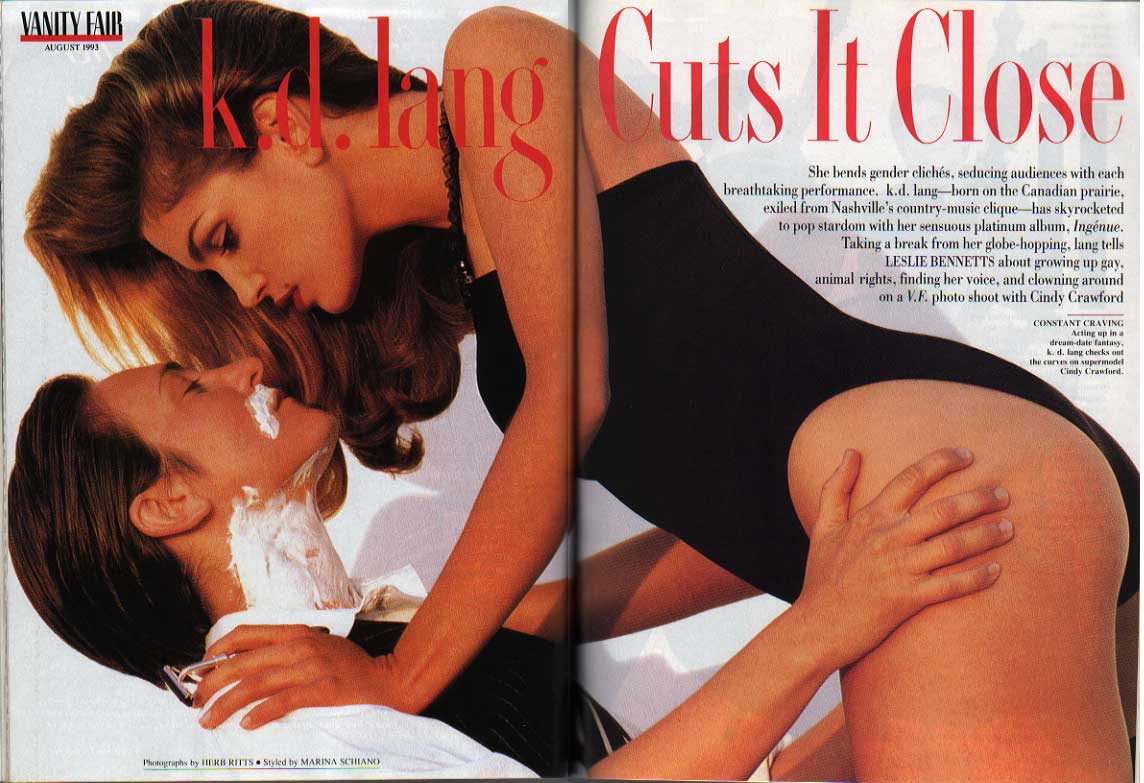 Asked by a male journalist what was going through her mind at the time, lang replied: “Pretty much what would have been going through yours in the same circumstance, I imagine.” 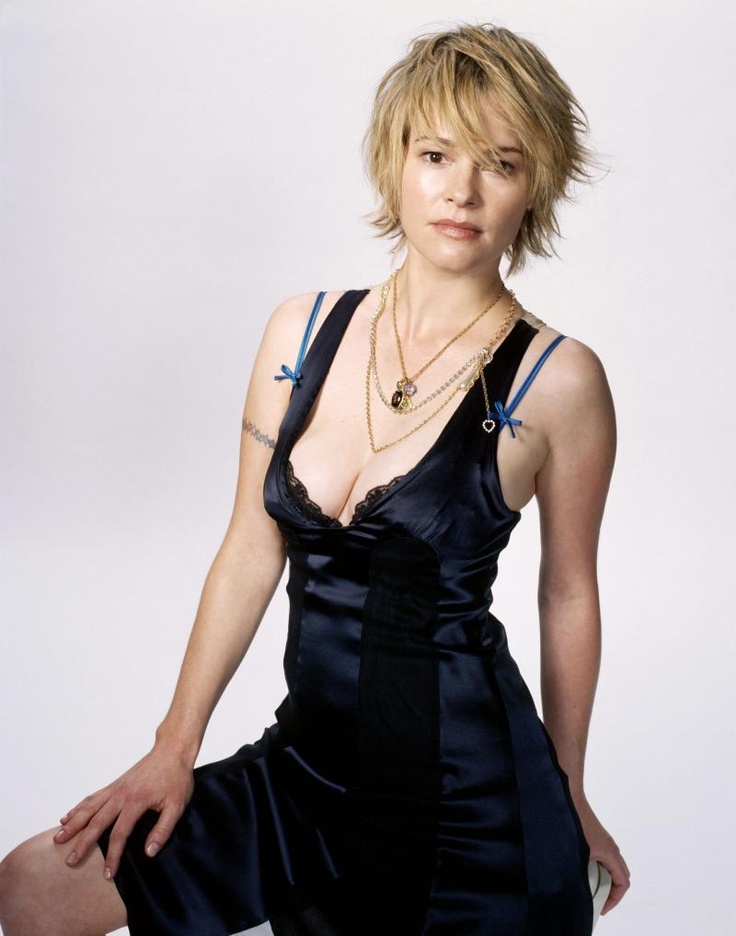 She met N. Murray in 2002, when she was director of communications for then Natural Resources Minister Herb Dhaliwal.

She moved to Calgary to live the life of the trophy wife and dabble in good works and writing (she was one of the editors on the 2005 publication Alberta: A State of Mind).

Frank congratulates to the happy couple, and can only advise poor hurtin’ N. Murray to keep an eye on his dog and his truck!