These are desperate times for Olivia Chow.

The pre-race favourite to become Toronto mayor is so frantic that she’s teamed up with much-loathed rival Doug Ford to attack front-runner John Tory for being an “elitist.”

Much laughter over that one at the Toronto Star editorial board this morning when Chow showed up to get quizzed on, among other things, her numerous campaign cock-ups.

Asked about media coverage, the non-elitist Chow replied that she didn’t study journalism, but said, “I can talk to you about Camus and Sartre.”

But the real sign of hysteria on Team Chow is the candidate’s latest campaign video, which portrays Tory as a weather vane, unfit to be mayor because he’s indecisive and will blow whichever way the wind blows (geddit?!—ed.). 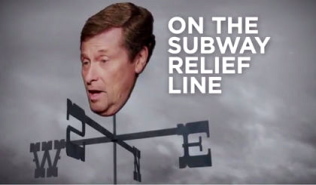 If that attack ad seems familiar, it’s because, er, it is!

In fact, it’s a rip-off of a 1995 provincial election attack ad in which Mike Harris rips his Liberal opponent, Lyn McLeod, for blowing whichever way the wind blows. 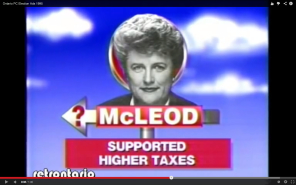 So let’s get this straight.

Chow is so frantic that she has been reduced to using the tactics of a guy from a party that she loathes, and whose principles she has spent her entire life attacking.

And she complains about the ethics and morality of her opponents?!

Frank subscribers might also recall that the genius behind the Tories’ 1995 ads was none other than John Laschinger who, by remarkable coincidence, is Chow’s campaign manager.

One comment on “Days of Desperation–Chow channels Mike Harris”