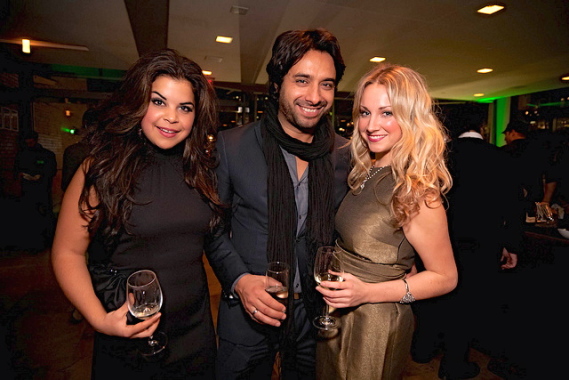 What could provoke CBC to so publicly dump Jian Ghomeshi thereby touching off his $50-million lawsuit?

The 47-year-old Corpse wunderkind had long been groomed as the next big thing, the pet hipster destined for his own TV show.

“At the youth-starved CBC, he has become the go-to cool guy. His bosses put him in front of a mike or camera whenever possible,” read a Toronto Life slobberknobber last November.

His daily radio show, Q, is the most successful Corpse vehicle outside the country—nearly 200 PBS stations carry it—so negative PR and fan backlash will be significant and widespread

And Ghomeshi was already off the air, having announced last week that he was taking an indefinite leave of absence to deal with “personal issues.”

While this was presumed to mean the recent death of his father, Jian has for years had a reputation as an ardent heterosexualist, and it seems that several women have come forward to complain about him.

Readers will recall the notorious It Happened to Me piece on website XOJane, by Carla Ciccone.

The Toronto freelancer went on a date with someone named “Keith,” who she claimed was Ghomeshi, then wrote about it in a blind item in June 2013.

“I met him at a wine bar for a quick drink before the show. When I walked in, I was greeted by both the overwhelming stench of his cologne and the sinking feeling that Keith was not, as I had assumed, gay. He looked at me the way a creepy older man looks at a young, silly girl he’s going to buy a drink he’s planning to slip a roofie into. I didn’t know what to do. He was 15 years older than me, but what’s more, I found him totally unattractive and didn’t want to be on a date with him.

“As I talked to one of them, I’d look up every now and then to catch a glimpse of Keith staring at me intently with a strange smile on his face. He was giving me the heebie jeebies and, again, I wanted to leave.

“As soon as the lights went down, and the first notes started playing, I felt a sweaty hand travel across the back of my dress and grab my ass.

“That hand was Keith’s.

Shocked, I looked up at him like “WHAT?!” He looked back at me with sex eyes and smiled. Disgusted, I asked him to stop, and stepped away from him and his hand.

“When he started rubbing my back, I again told him to stop, and when he put his hand over my shoulders, I said I was hot and lifted it off.

“I’ll be back.” I couldn’t take it anymore. Keith had gone from harmless dork to repulsive sexual predator.

Whatever Corpse management has heard about Ghomeshi, they could have simply maintained radio silence pending the outcome of any investigation, but PR panic set in on the weekend, and before you could say Jimmy Saville, the Corpse cut the Moxy doofus loose, convicting him before he’s had a chance to tell his side of the story.

“Let me be the first to say that my tastes in the bedroom may not be palatable to some folks. They may be strange, enticing, weird, normal, or outright offensive to others. We all have our secret life. But that is my private life. That is my personal life. And no one, and certainly no employer, should have dominion over what people do consensually in their private life.

“And so, with no formal allegations, no formal complaints, no complaints, not one, to the HR department at the CBC (they told us they’d done a thorough check and were satisfied), and no charges, I have lost my job based on a campaign of vengeance. Two weeks after the death of my beautiful father I have been fired from the CBC because of what I do in my private life.”