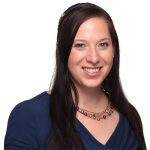 Opposition Leader Tom Mulcair today complained that two of his female NDP MPs had been victimized and revictimized by Liberal Leader Justin Trudeau in publicizing and republicizing the inappropriate behaviour complained of against two Liberal MPS who, [get on with it!—ed.)

Without further ado, the political opponents (hapless victims, shurely?!—ed.) who, in the end, didn’t bring complaints against MPs Scott Andrews and Massimo Pacetti, are:

UPDATE/CORRECTION: Frank originally fingered Charmaine Borg (Terrebonne—Blainville) and Christine Moore (Abitibi—Témiscamingue-Tabarnac), as the NDP MPs who anonymously touched off the shitstorm — with 50 per cent accuracy, as it turns out. The complaints were lodged by Moore and Alexandrine Latendresse (NDP-Louis-Saint-Laurent).