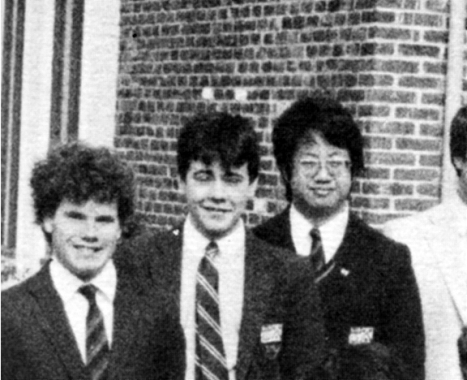 The usual snickering constructions, for example, are placed on the minister’s principled decision to abstain from sex with ladies.

“There is a blank space where his private life should be, an X factor,” wrote Postmedia’s Stephen Maher, in just the latest tiptoe around Kenney’s tulips. “He is an unmarried, devout Catholic, which might make it harder for some Canadians to identify with him.”

And yet the scheming Jesuit seems the successor to beat, having refrained from shitting the ministerial bed, unlike some of his cabinet rivals (yo, Peter MacKay!), while basking in credit for the party’s phenomenally successful ethnic vote-whoring strategy, brilliantly tapping into immigrants’ fear of more recent immigrants.

Among Kenney’s first acts as Reform finance critic in ’97 was a letter to bureaucrats demanding that Greenpeace’s charitable status be pulled.

They wrote back to inform him the environmental group had already had the tax-free rug pulled out from under it in ’95, but the kid’s hustle was duly noted.

Kenney had sketched out this snitching technique as a freshman at the University of San Francisco. So outraged was he to find a pro-choice group permitted to exist on campus that he immediately wrote the Pope, demanding that the institution be stripped of its status as a Catholic university.

As it turned out, young Kenney fled California before his first year was up.

It was his second abrupt scholastic drop-out, following his mysterious departure from Saint Michael’s University School in Victoria, halfway through his grade 10 year.

Rumours in the musty, hallowed old-style British halls of SMUS where whispered rather than shouted (deportment, gentlemen, the key to your ultimate and undoubted success).

And although an ex-dorm-mate was prudently unavailable for comment about, er, whatever it was, Kenney was quietly dismissed by headmaster John Schaffter.

To this day, the celibate Kenney prefers not to discuss his St. Michael’s experiences, having redacted his time there from his bio.

In the interests of historic completeness, any St. Mike’s alumni who can shed light on the future prime minister’s unaccountable departure can contact Frank at the usual numbers.