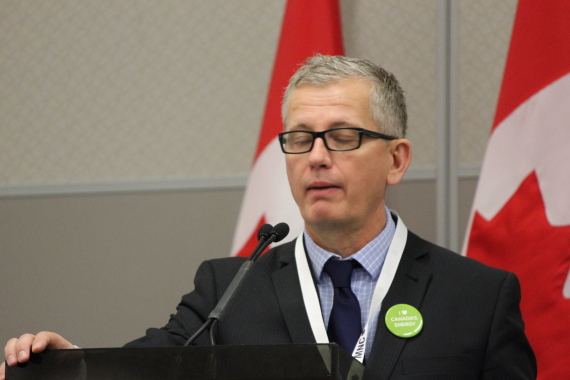 A tip of the Frank sombrero to Monte Solberg, the forgotten-but-not-gone former MP for Medicine Hat.

Six years after his exit from politics, Monte still keeps a thumb in the Ottawa pie via his patronage post as acting chairthingy of the International Development Research Centre (IDRC) and, more lucratively, as principal of his lobby firm, New West Public Affairs.

Solberg’s latest client in his latter capacity is none other than Monsanto Canada, widely beloved purveyors of new and frightening biotech and farmer-focused litigation.

Monsanto, like any down-home farming outfit, avails itself of imported help from April to September through the Seasonal Agricultural Workers Program, which allows the use of temporary workers from Mexico and selected Caribbean ports of call to pick or can whatever needs picking or canning, and then fuck off back home.

Alas, it seems Monsanto has some weird and wonderful materials for the dampbacks to handle that aren’t on the program’s qualifying “national commodities list” (a broad category of qualifying products including fruit, vegetables, flowers, Christmas trees, apiary products, tobacco, sod, and livestock from cows to mink to ducks).

If Conchita and Jesus are going to be permitted to drop in and process Monsanto’s GM canola seeds or flying vampire pigs, they need a rewrite of the regs, stat.

In addition to arse-creeping Ag Canada thingies on this matter, Monte has registered to lobby Human Resources and Social Development as well as Citizenship and Immigration — both of which — small world! — he once presided over as minister.

Monte’s racking up some nice billings on the imported sluggo file, having signed on in November to help Tim Horton’s navigate their way back into the Temporary Foreign Workers program, which Employment Minister Jason Kenney declared temporarily off-limits to burger-flippers and Iced Capp jerkers earlier this year.

Timmie’s has paid for the Full Monte, with their man registered not only to lobby his old bailiwicks at Immigration and Social Development, but also Industry, Finance, Transport, the House, the Senate, PMO, PCO, even friggin’ Canada Post, for some reason.

It’s a livin’. And, as had become depressingly clear by the end of President Steve’s first term, Monte had risen as far as he was going to in Canada’s Nearly New Government.

Helping torpedo his chances for further advancement was an unfortunate misunderstanding with a young thang on his ministerial staff, and always seemed to be the one tapped to accompany him on junkets, including the 2006 Canadian Bar Association clambake in Quebec City.

At some point, she later claimed, the over-refreshed minister made unwanted advances, and not for the first time. He also suggested he might be willing to dump wife Debbie back in the Hat and set up housekeeping in the capital.

Ms. X nixed that idea and took her sexual harassment complaint straight to Ian Brodie, then the PMO goon-in-chief. As Tory marital meltdowns don’t sell in the heartland, Brodie began searching for the nearest carpet under which he could sweep Monte’s time bomb.

Faster than you can say “the minister has been totally exonerated,” Ms. X was shipped off to the office of then-National Rev. Minister Carol Skelton (shurely with a well-deserved raise?!—ed.)

Thus was Monte’s midlife madness deep-sixed without the sodomizing publicity that befell cabinet woodsmen like Maxime Bernier and Vic Toews, but at a cost of any further promotion for Monte in the Family Man PartyTM.

Art Eggleton’s in the Senate, bitches!