Dimitri Soudas’ defection to the Liberal Party is just the latest in a laundry list of bullshit and betrayal from the backstabbing booby:

-As executive director of the Tory party, Sudafed swore fealty to President Steve and the CPC; now he’s gone from true blue to red all over;

-At his first going-away party hosted by Harper at 24 Sussex in June, 2011, Dimitri gave his wife special thanks, telling the assembled he couldn’t have made it without her undying support. “Now it’s my turn to give back to you.” A month later, he moved in with Eve Adams.

-Speaking of fakes, how about Dimitri’s dome? The threadbare, vaguely pubic Soudas plug-rug is about as transparent and unconvincing as its owner.

-And what’s up with Dimitri’s business empire aka the Stampede Group? According to the website at www.stampedegroup.ca, Dimitri and someone named “Constantine” comprise the executive team, Constantine as 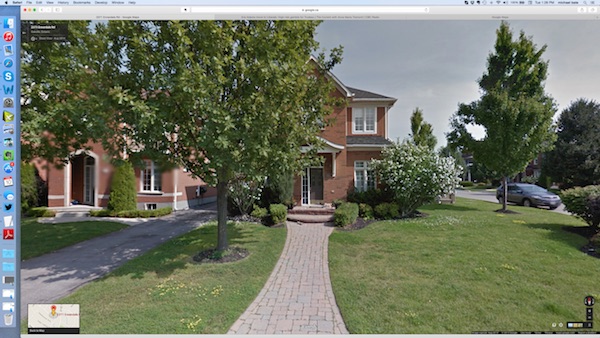 Curiously, the mysterious Constantine has no surname, and his resume is as nebulous as Dimitri’s loyalties.

Apparently he has worked in the “equity and financial markets since 1987 and has a long history of raising investment capital for public companies, including projects that have gone public on the TSX-Venture…success in building and leading local and international projects to victory… immense reputation in the corporate sector.”

The closest we could come to a Constantine remotely similar to Soudas’ description was the prominent Montreal tax lawyer Constantine Kyres.

But he was charged last year with extortion and obstruction of justice in connection with the RCMP investigation into SNC-Lavalin, so we’re guessing he’s not Stampede’s “Constantine.”

As for “Dimitri,” the website claims he’s the “results-driven and focused” managing partner of a group of similarly uni-named experts in “business development, strategic counsel and issues management.”

And the first issue to undergo extensive management seems to be the chronic one atop Dimitri’s poorly-Astroturfed pate.

The shocking, results-driven difference is manifested in every retouched photo of slaphead on his company’s website, especially when compared to the original pix.

By remarkable coincidence, the number for Stampede Group’s world headquarters–(905) 582-8495—turns out to be the number for Dimitri’s home in Oakville, at 2371 Ennerdale Road.

That’s the same, heavily-mortgaged pile he picked up for $750,000 as home base for Eve’s installment as Tory MP for Oakville North-Burlington (Franks passim).