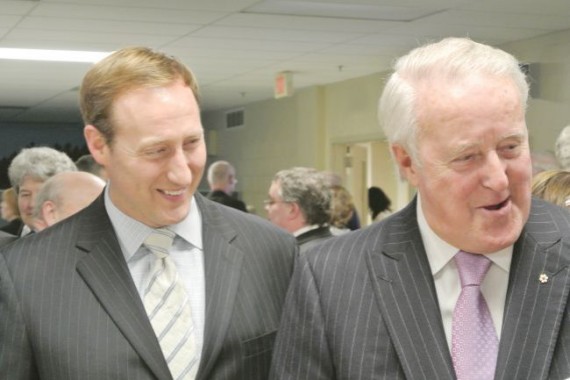 To Rideau Hall for the investiture of Ian Burney, the bril’ ADM of trade and negotiations at Foreign Affairs, with the Outstanding Achievement Award, the public service’s highest honour.

Burney the Elder accepted the same prestigious trinket in 1992 from Byron Muldoon, for whom he did such pitiless spadework as chief of staff, before going to his patronage reward as Ambassador to the U.S.

Harper exhumed the gorgon-faced old thug to head his transition team in ’06, handpicking staff for ministers’ offices and vigorously, er, re-evaluating the senior ranks of the civil service after a decade of Liberal rule.

Those found too close to the ancien regime soon waddled the plank.

These days Burney, a sprightly and still-hungry 75, keeps busy as a lobbyist for Norton Rose Fulbright — and what a lobbyist! 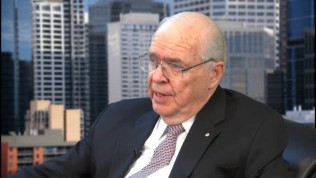 It’s not every Bytown braunoser, after all, who can score four one-on-one meetings with a favoured cabinet minister over a period of mere weeks, as Burney did with Attorney General Peter MacKay (October 27, November 15, and December 2 and 12, according to monthly communication reports filed with the Office of the Lobbying Commissioner).

The MacKay-Burney coffee klatches were all in aid of the same client, Bear Head LNG, which hopes to jump through all regulatory hoops for their liquefied natural gas export outfit by 2015 and gush 4 million tonnes per annum of the stuff starting in 2019.

Huddling with Justice Minister Petey on the matter might seem a bit off-topic, except that Bear Head, on the Strait of Canso, is in his riding.

Indeed, the very name Bear Head evokes arms maker Thyssen AG’s aborted plan, quarterbacked by Karlheinz Schreiber and Fred Doucet, to set up an armoured car plant there, back in the days when Pete’s pater Elmer was MP. The deal fell, though, but Peter’s first job out of law school, small world, was with Thyssen. (See Also: Wolf at the (cell) door)

Karlheinz would of course go on to make history by sharing the odd cup of coffee and six-figure envelope of unmarked, non-sequential bills with Muldoon.

I still recall Byron’s keynote stemwinder at a Canada 2020 beanfest last year, in which he beat the drum for more pipelines and refineries to crank up LNG exports before the Yanks and Aussies gobble up our collective lunch.

Bear Head, incidentally, got two doses of happy news in February, as President Steve announced sweeter tax breaks for LNG exporters, and the dentally-challenged Canadian Environmental Assessment Agency puckered up and planted its seal of approval on the Bear Head operation.