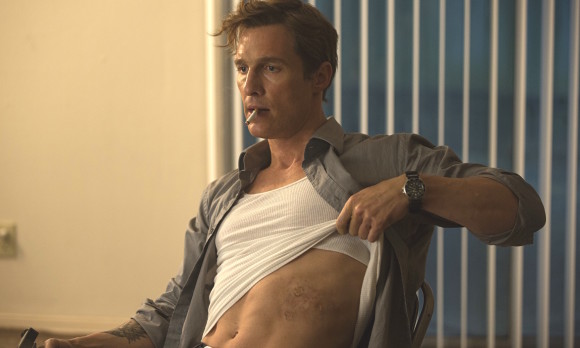 It took nearly 20 years, but the fantastic tale of the Bre-X gold mine scandal is finally making it to the Hollywood screen big time.

The Weinstein Corp. will begin lensing—as they say—in Thailand, New York and New Mexico in June, with a major film fest premiere scheduled for 2016.

Gold will star Matthew McConaughey and Edgar Ramirez. Stephen Gaghan (Syriana) has been tapped to direct.

The Hollywood Reporter describes Gold as a “sort of Treasure of the Sierra Madre, following a rough-around-the-edges prospector who stumbles onto one of the largest gold mines in the world in the Indonesian jungle.”

McConaughey plays “Walsh,” a character based on David Walsh, former supremo of Bre-X, the Calgary-based mining company that claimed to have struck gold in Indonesia in 1995.

In real life, Walsh was a pot bellied chain smoker, who died in 1998 of a stroke, but not before he became a multi-grillionaire from his company’s discovery of what proved to be the biggest lode of fool’s gold in mining history.

For two years, Bre-X was beloved by world stock markets and speculators made fortunes, until the salting-the-mine scam was revealed and Bre-X went from media darling to one of the most notorious mining frauds of all time.

Among the Canadian financial wheeze kids who took a bath was Peter Munk of Barrick Gold, who desperately wanted to secure control of the “mine,” and swallowed Bre-X whoppers whole. Insiders familiar with the Gold script say Munk comes off badly and he should call his lawyers.

Alas, the Weinsteins’ film brings an end to Diane Francis’s lifelong dream of seeing her name in lights. Back in ’97, the revered Financial Post typist had written a bestseller about the Bre-X swindle and she was desperate to make a movie out of it. 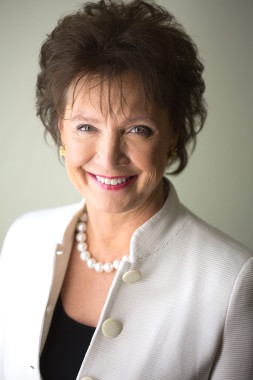 In September of that year, she hooked up with screenwriters Martin O’Malley and John Hunter to discuss the movie version, on which Hunter and O’Malley held options.

The summit meeting was held at the Bloor Street Diner, where too much wine and whiskey were consumed and the chatter grew louder.

What Francis and Co., didn’t realize was that two Globe and Minion hacks, Doug Saunders and Liz Renzetti, happened to be sitting at a table nearby, scribbling down every drunken bon mot for publication in the Globe the next day:

“‘The movie will cost $5 million,’ Francis said, and a detailed discussion of the financing arrangements ensued.

“Then Francis pulled an ace from her sleeve. ‘My boyfriend is one of the richest men in North America. He’s as rich as Croesus! He has more money than he knows how to spend.’”

She also boasted that the boyfriend, Ron Joyce, the doughnuts to dollars king who co-founded Tim Horton’s, had taken her to the Kentucky Derby and another horsey event in Spain. According to Francis, Joyce even offered to buy 10,000 copies of her Bre-X book. (When the Globe published Francis’s comments, Joyce terminated their relationship.)

Who would star in this movie?

Francis suggested that the “swarthy” Dustin Hoffman play Paul De Guzman, the Filipino Bre-X geologist who took a header from a helicopter over the jungles of Borneo in what may have been suicide or murder. Faked death was ruled out when De Guzman’s corpse was found after four days, stewing in a 37-degree equatorial swamp and it–(that’s enough lurid details!—ed.)

According to the Globe account, “O’Malley liked the idea of Al Waxman playing another Bre-X principal, John Felderhof.

“And, of course, Francis wondered who would play her, at one point mentioning the name of Michelle Pfeiffer (who, it should be noted, played Catwoman).”  ‘When you guys sit down to get the dialogue down, I know these guys,’ she said, boasting that she’d made the dialogue ‘Damon Runyon-esque.’”

“Speaking of hard-boiled detectives. Francis also held forth on the U. S. dicks she had hired to dig up dirt for her book—at any cost.”

“‘It cost me $16,000 to get John Felderhof’s phone records from Grand Cayman,’ she boasted. Her private investigator called a member of the Felderhof family claiming he was Conrad Black in order to get Felderhof’s Cayman Islands phone number.”

The Globe story triggered an uproar among J-Skool Mrs. Grundies, outraged by the shameful breach of journalistic ethics (wat dat?!—ed.)

O’Malley wrote: “As the perpetrators cowardly chose to hide in anonymity I can address this only to the masthead, as one would when objecting to an editorial.

“I would hate to think that perpetrators were the sweet young couple a table away, the ones who were prepared to leave until Ms. Francis appeared, at which point they decided to remain for another hour, lovingly feeding each other forkfuls of dessert.

“Besides lazy, sloppy and inaccurate, I can think of no worse insult to a journalist than to be called a coward. As the perpetrators remain in hiding, and as you have obviously decided to protect them with anonymity, I must then speak directly to you, Mr. Editor-in-chief: You are a coward.”

Another Giant of JournalismTM, Ron Graham, also rode in on his high horse:

“As a past president of PEN Canada, I believe my credentials with regards to journalistic freedom are as good as anyone’s. But, as the current Maclean Hunter chair of communications ethics at Ryerson, I have been teaching my students that eavesdropping is as unprofessional and unethical a way of getting a story as lying, secret taping and hidden cameras. Why? For the same reason that we, as a liberal democratic society, heap abuse on totalitarian regimes that bug hotel rooms and spy on their citizens. It’s invasive and hurtful. It breeds fear and suspicion. And ultimately it inhibits free speech.

“It’s rude, sleazy pseudo-journalism of the Frank variety. As such, it is unbecoming in your newspaper. Worse, it’s a danger to our civil and democratic community.”

Reached by Frank at the Globe, Saunders would only comment: “I still consider the Diane Francis story a career highlight.”

In the long-awaited Bre-X movie, Francis will be played by, er, nobody.