Globe reporter does the Duffy shuffle, or: How to Get Ahead in Jernalism

First it was Parliament Hill hacks Mark Bourrie and Althia Raj getting slammed on social media for allegedly being a little too tight with Mike Duffy. 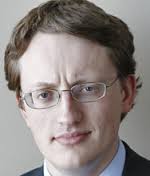 Now Globe and Minion hack Bill Curry is on the hot seat for toadying too close to Sen. Accused in connection with a controversial story about Duffy’s interference in the 2011 PEI election.

For years, former Premier Robert Ghiz and his Liberal henchthingies suspected that Duffy masterminded a Globe front-pager with allegations from three Island women who had worked on the PNP (Provincial Nominee Program) file.

According to the Sept. 15, 2011 story by Curry and Oliver Moore, the women claimed they received envelopes stuffed with cash from Chinese immigrants hoping to get their passports approved.

This was during the last days of the PNP program in ’08, before the Tories shut it down.

A Charlottetown Guardian report last weekend said Duffy orchestrated the timing of “the story with Island Conservatives, his P.E.I. assistant, the three women and a Globe reporter.

“It was an obvious scheme by the Tory pit bull to torpedo the provincial Liberals re-election chances.”

Duffy’s calendar entries in the run-up to the Oct. 3, 2011 election reveal he and Curry were much connected:

He that lieth down with dogs…

2 comments on “Globe reporter does the Duffy shuffle, or: How to Get Ahead in Jernalism”