Dandy Don too sexy for Senate? 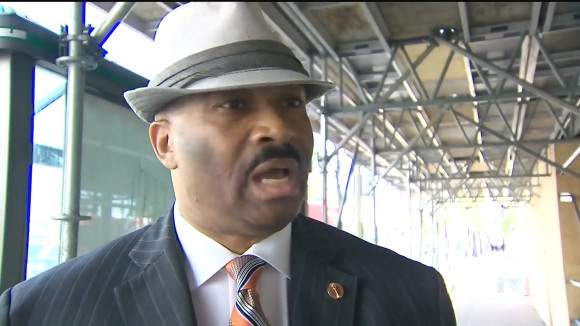 News that the Honourable Rev. Dr. Senator Don Meredith is under investigation re allegations of sexual harassment and bullying will come as no surprise to readers of the satirical press.

Four of Dandy Don’s former female employees and four other Senate staffers claim he made sexual advances, used sexual innuendo, and was often rude and vindictive.

Meredith, a Pentecostal preacher who favours bespoke suits, denied to CTV news that he was being investigated for workplace harassment, but Senate Speaker Leo Housakos confirmed the inquiry. The report will be delivered to the ethics commissioner next week.

Housakos noted that Meredith’s office had a “high turnover of employees in a short period of time.”

One of his former employees was Isabelle Lapointe, who began her public service career in the office of another Senate stickman emeritus Pierre-Hugues Boisvenu.

Boisvenu, like Dandy Don, is one of President Steve’s law and order appointees. Alas, he resigned to sit as an independent this week after it was revealed that he’s the subject of an RCMP investigation into his spending.

Boisvenu last year billed the senate for out-of-town expenses for the three months he shacked up in Lapointe’s Gatineau condo. The Quebec senator was later found guilty of violating the upper chamber’s conflict of interest code (wat dat?!—ed.)

Lapointe exited his office, amid solemn assurances that their legover was also at an end. (Boisvenu’s latest travel claims, I note, include a toot to Sherbrooke related to an award for one “Isabelle Boisvenu”).

To the rescue, Dandy Don, who offered Lapointe a job. The hire was met with much nodding and winking. Rumour has it that another former member of Don’s staff broke up with her boyfriend, a Senate security thingy, after a demonstration of Meredith’s impressive, er, talents.

Senate gossips refer to the Hon. Dr. Senator as “BBC,” an acronym for a crude bit of racial stereotyping that has no place in a family magazine (‘Bigger, Better Conservativism’ shurely?!–ed.)

All idle and erroneous chatter, to be sure, but Lapointe left Meredith’s in a hurry and soon found herself a gig with Senator Lynn Beyak.

Contrary to the CTV report, Meredith still insists on promoting himself as a “Doctor.” “The Honourable Rev. Dr. Don Meredith,” adorns his most recent newsletter, begging the question how Dandy earned his PhD.

He claims in his resumé to hold a master’s degree from California State Christian University, the notorious diploma mill of no fixed address.

He also boasts of an “Honorary Doctor of Divinity” degree from the Canadian Christian Clinical Counselors Association. No website for the CCCCA could be found.

Perhaps he’s counting the honourary doctorate, awarded by that institute of higher larnin’, Crossroads Television, for his tireless anti-abortion crusade.

Alas, neither Crossroads nor its “100 Huntley Street,” has degree granting authority.
Of course, all these impeccable qualifications don’t come cheap.

At age 50, the hang ‘em high senator has 25 years remaining in the red chamber before he starts collecting his annual pension of $164,920.

Is there an actual doctor in the house?!

5 comments on “Dandy Don too sexy for Senate?”