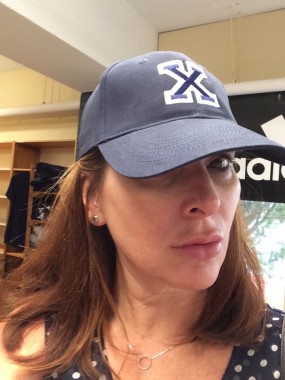 When Max Keeping died of cancer last week, Kimothy Walker assumed her self-appointed role as chief mourner and grief counsellor, taking to social media and the pages of Huffington Post to lament the beloved CTV bingo caller’s passing and to spin nosestretchers about her relationship with Keeping.

“I’m just totally heart broken. The last words he said to me: ‘I love you,’” she wrote on Facebook the day Max died, apparently forgetting that he’d been unable to speak due to a stroke he suffered months earlier.)

In another FB offering, Kimothy, a sometime event planner, followed one of her “deep sorrow” postings with: “You’re NOT going to believe it!! Amazing Wine just ordered for a Toronto festival! Drink for charity A@APGala @schoolBOX helps @HeraMission.”

In HuffPo last week, she wrote: “I worked for Max, for 20 years. Like so many others, I loved him deeply. I studied his leadership skills, captivated by the allegiance he garnered from everyone who ever worked for him.”

Alas, the feelings weren’t mutual. In fact, Max never much cared for Kimothy, ever since she tried to backstab him when she first started at CJOH-TV.

In those days, she was attending Cartoon University’s J-Skool and working part-time at the CTV affiliate. When a permanent gig came up, Kimothy jumped at the opportunity, despite stiff competition from another reporter–and Max favourite–Matt Cowan.

To improve her chances, Kimothy had a criminal background check run on Keeping and Cowan, using the Canadian Police Information Centre database. (Kimothy was then married to a chap who worked as a guard at the local regional jail aka the Holiday Innes Correction Centre. A review of CPIC files of 20 years ago reveals the information was accessed from a computer at the Holiday Innes.)

Unfortunately for Kim, the background check turned up zip, so she had nothing useful on Keeping or Cowan.

As it turned out, both she and Cowan were hired. For months, Max remained blissfully unaware of her treachery, but eventually found out and, from then on, kept a wary eye on Walker.

As for Cowan, he graduated to CTV National News then Reuters Europe and Wired Magazine.

Walker remained behind, in the wilderness of CJOH weekend news.

6 comments on “How the Kim Reaper Police Checked Max Keeping!”