Toastmedia Meltdown: There goes the Sun 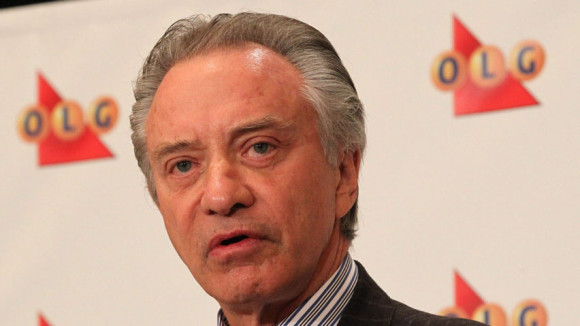 Denials all around of satirical press reports that Paul Godfrey‘s Postmedia chain is on the verge of collapsing its twin papers in Ottawa, Calgary and Edmonton into single pifflesheets in each city.

“Not true,” Godfrey told the Globe and Minion’s James Bradshaw, and that’s good enough for Frank! After all, it was Godfrey who professed total shock in 1998 that Torstar wanted to buy the Sun papers, even as he was peddling to Quebecor to get a better offer.

And lest we forget, Godfrey was leader of the group that built Skydome, claiming it would only cost $100 mill (turned out to be $600m) and was president of Blue Jays when they bought it for $25 mill in 2004.

Ignoring for the moment the truthiness of Paul’s protestations, this desperate convergence is virtually inevitable.

The Sun papers were built for a different era, the age of Aqua-Velva and Sunshine skanks, with a news hole crammed with sports and crime, all of it supported by ads for stereos and cars. Doug Creighton’s Toronto Sun was the model, designed for slow-learning young men with income.

Alas, the demographic no longer buys newspapers — or has income.

The simple physical task of printing a single product at their contracted plants will save a few million dollars in each city, since the presses won’t have to be set up to produce a tabloid. This is a welcome saving for a company that has already jettisoned more than half its employees over the last several years to stay afloat, and now has all those Sun mouthbreathers to feed.

Print advertising revenue is dropping by roughly 17 per cent a year, making it ever more impossible to cover the vig on the $600 million Postmedia owes the two vulture funds that hold most of its debt at rates ranging from eight to 12 per cent.

Postmedia has said it aims to cut another $50 million from its operating costs as it merges the Sun papers with its existing older group.

The remaining buyers of newspapers skew older, and the paper they want on their doorstep is the one with which they grew up, not the Sun.

The future for the business, such as it is, will be black and white and gray all over, with this expiring readership of wrinklies asked to shell out increasing amounts for their morning fishwrap.

Whether it’s in March or in a year, the Suns are setting in the west and Ottawa.

7 comments on “Toastmedia Meltdown: There goes the Sun”