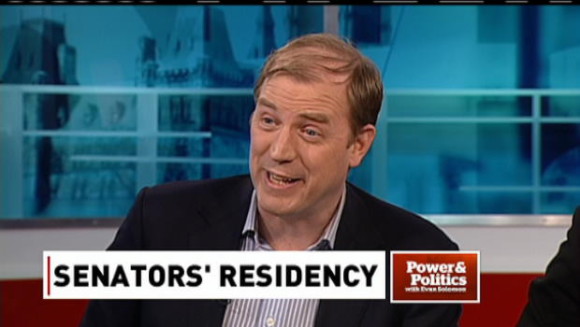 Frank felicitations to CBC parliamentary hack James Cudmore, the latest to defect from the public broadcaster for as-yet-unspecified duties in the office of Defence Minister Die Harjit Sajjan.

Perhaps James can apply his particular talents to Operation Honour, the latest in a series of attempts to purge the Canadian Forces of its heterosexualist excesses and make things all nice for the lady soldiers.

Alas, despite the solemn undertakings of Chief of Defence Staff Jon Vance to address the issue and “address it hard,” the cultural revolution has been sidelined by the exigencies of the Syrian refugee airlift.

Who better than Cudmore to get the ol’ sensitivity file advancing again?

Readers will recall last year’s harassment shitstorm in the Parliamentary Press Gallery, when a feud between Hill typists Liz Thompson (iPolitics) and Tom Korski (Blacklocks Reporter) escalated into a proposed shotgun clause in the gallery constitution to eject hacks for perceived lapses in politesse.

The amendment would have given the PPG the power to banish members from the Hill for a variety of transgressions, including “harassment” and “intimidation.”

Obviously, the constitutional adjustment was aimed at Angry Tom, who once assured Thompson he was going to take her “fucking head off!”

Cudmore was tapped to draft the soon-to-be-abandoned policy. It seemed a case of perfect casting, given his vast personal experience in matters of yelling at female colleagues at the CBC, which a month earlier resulted in Corpse HR sending him home to cool off and get help for his, er, anger management issues.

One comment on “Remedial Media: Corpse hack goes over the wire”