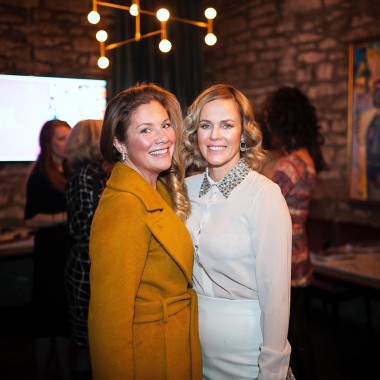 There’s nothing like a good old-fashioned catfight to spice up the drab Canadian social scene.

In the early going, Jessica had a clear advantage, dining out on her status as Sophie’s BFF, boasting to her media buddies at CTV’s etalk—where husband Ben works—that she was responsible for Sophie’s “styling” at the Liberal swearing-in ceremony, Nov. 4.

“In my capacity as her friend and stylist,” she droned to Huffpost, “as well as someone with deep roots in the Canadian fashion industry, it was my privilege to help her achieve that goal. Sophie wore Erdem, as well as Sentaler…” yabbity-blah-de-blah.

Jessica, daughter-in-law of unindicted former PM Byron Muldoon, also plugged the “super chic” Erdem dress as a Canadian design carried by Hudson’s Bay, yet neglected to mention she works for The Bay.

Now comes news that the capricious Sophie has been sharing her styling affections with another fashion maven, the aforementioned Ms. Southam.

Henrietta, of course, hails from the Royal House of Southam, daughter of the late Hamilton Southam, once king of Kanadian Kultur, founder of the National Arts Centre, Canadian War Museum, etc. 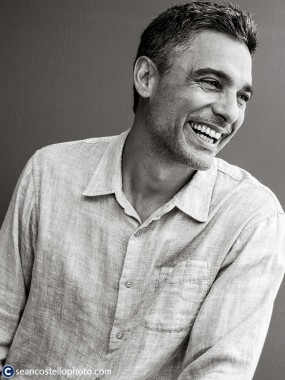 Following in the progressive path pioneered by her pater (that’s enough alliteration!—ed.), the onetime reality TV star has morphed into a “stylist.”

In honour of herself, Henrietta threw a party at Social Restaurant and Lounge last month, attended by O-Town swells like grillionaire Jamilah Murray, the inevitable Don Newman, NCC knob Russ Mills and, of course, Sophie, the star attraction.

“Born from a deep appreciation of form, colour, texture, rhythm, and harmony, Henrietta’s design career began in Miami, where she spent more than 10 years working with clients in the arts, sports, and entertainment industries.”

Doubtless, modesty prevented her from elaborating on her experiences as a televisual celebrity and star of Trading Spouses: Meet Your New Mommy, the FOX reality show in which two families swap mothers for a week and the audience cringes at the madcap results.

In Henrietta’s episode, she and then-hubby Marco De Conciliis and their two sons (Orion and Leonardo) traded their Miami house with the Hawkins family, African-Americans from Buffalo, who were big on barbeques.

Henrietta describes her seemingly “perfect life” shopping, getting massages, and working in her home decorating business. Marco is a star male model and the main breadwinner. Henrietta admits life is far from ideal because Marco spends at least six months of the year in New York or elsewhere on modeling jobs and she never knows when they are going to see him, or what the hell he’s up to!

She then confesses that Marco’s absence has pretty much ruined their marriage.

In one of many excruciating scenes in Trading Spouses, which FOX cancelled after only three years, Maurice Hawkins hosts a backyard cookout and calls Henrietta out to meet his friends. Henrietta appears and performs a little dance that one critic said, “had every white person in America cringing in embarrassment.”

Alas, Henrietta and Marco’s marriage did end in divorce and she returned to Canada in 2007 to try out for the host gig on the CBC reality show, Fashion File Host Hunt.

That didn’t go well either — Adrian Mainella got the job and the Corpse canned the program 18 months later.

Back in Ottawa, Henrietta hooked up with a British wine salesman whose name escapes me, but with whom she had a daughter, Charlotte. (For some reason, Orion and Leonardo stayed in Miami with their father.)

But things are looking up for Henrietta. She has successfully glommed onto Sophie and she also has a new man in her life: Peter Boole, Social’s manager, who hired her to completely redesign his Sussex Drive beanery.