A Ghomeshi Glossary: It pays to increase your safe word power

Trigger warning: Frank warns readers that the repetition in either public or private of certain phrases in this item may get one shot. For best results, Frank advises readers never to speak or think in a provocative, or enticing, manner.

Despite the sensitive yet unflinching efforts of sign language interpreters, early childhood educators and sundry media personalities (Maclone’s fancy typist Anne Kingston even smeared a “Dirty Sanchez” on her lede this week) the language of the Ghomeshi trial often turned technical and esoteric. It also got weird, as surely it must.

Here, as a Frank public service, is a list of demotic expressions some of our more sheltered readers may have puzzled over during the course of the trial. Their definitions have been redacted so you don’t lose your lunch. Kids!

The Rusty Trombone: The woman, kneeling behind the man, XXXXXXXX the man’s XXXXXXX while simultaneously XXXXXXX the Hon. John Baird XXXXXX.

The Full Throttle Feature Interview: The man suddenly places his XXXXXXX on the woman’s XXXXXXXX and XXXXXXX until she begs him to XXXXXXXXX. Or not. 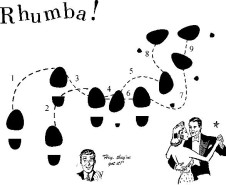 The Boston Baked Bean Strangler: The man keeps XXXXX the woman until she XXXXXXXX like a Gatling gun, the XXXXXX of which he preserves in a pot or an old tin can.

The Big Ears Shaddy: The man grips the XXXXXXXX firmly and vigorously XXXXX the woman’s XXXXXXXX, emailing XXXXXXXX the next day. She may or may not go back.

The Persian Inversion: The man XXXXXXXX counter-clockwise while XXXXXXX. 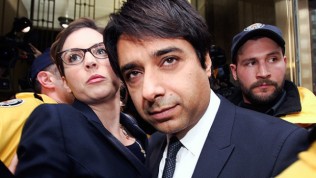 The Q-tip: The man actually puts his XXXXX into the woman’s XXXXXX like a male adult (advanced practitioners only).

The Acting Assistant Producer: The woman helps the man XXXXXXX written or inferred XXXXXXXXXXX, and fills out ‘Form J’ at HR on her way out. 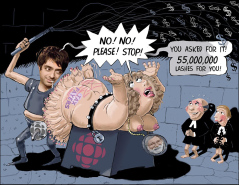 Mens Diarrhea: A legal term describing the content of communication shared by participants in any of the above after the fact.

(Not discussed at trial: The Lucky Früvous, The Annex Circumflex, The Closing Argument aka The Henein Manoeuvre.)

4 comments on “A Ghomeshi Glossary: It pays to increase your safe word power”