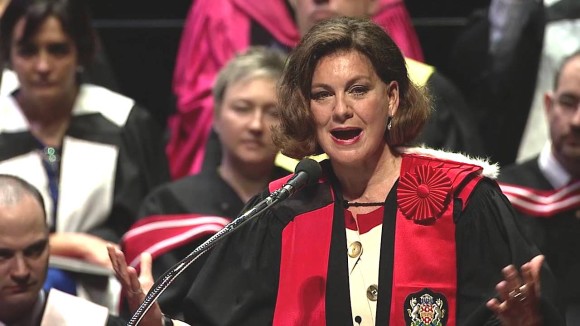 Check out the mastheads at Canada’s two largest newspapers and it’s apparent that sexism is still alive and well in the nation’s antediluvian newsrooms.

At the Globe and Minion, only three of 10 names on the masthead are women. The Toronto Star has two out of 10.

It’s a far different story, however, at CTV, where the award-winning news department is run entirely by women! Imagine! The Conservative Television Vortex, champion for wimmins’ rights in Canadian broadcasting!

At the top of the CTV heap is Wendy Freeman, president of network news since 2010. Her chief fart catcher is VP news Joanne MacDonald. 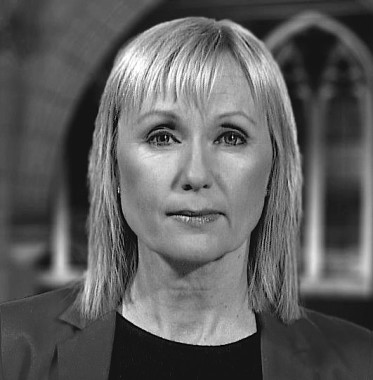 Alas, Frank hears that all is not lollipops and roses at CTV, and that the bonds of sisterhood have been lost to jealousy, spite and betrayal.

In fact, over the past few months, the news department has imploded in spectacular fashion, thanks mostly to LaFlameout.

Turns out that Lisa is every bit the stereotypical news anchor. Narcissistic. Paranoid. Pushy. Or, as a news writer on the wrong end of a LaFlamme shitfit put it: “She’s a menace!”

Indeed, LaFlamme and Hwang are notorious for bad-mouthing colleagues behind their backs, issuing screaming put-downs to their faces, and berating anyone who has the temerity to disagree.

Small wonder morale is in the dumper. They can’t keep writers at night because few want to work in their poisonous environment. They’re also much loathed by reporters across the network, who resent Lisa big-footing them, prescribing stories and running the entire operation from her Toronto fiefdom.

Apparently Graham disagreed with many of the cockamamie story ideas LaFlamme tried to dictate to the Ottawa bureau. (The whole point of having a bureau chief in the capital was, apparently, lost on LaFlamme.)

Pissed with Graham pushing back, LaFlamme began to “fuck with her,” as a CTV techie put it, and she demanded that Freeman get rid of Graham.

Graham joined CTV in 2013 with the expectation that she would succeed bureau supremo Bob Fife. After Fife bailed late last year to take over the Globe’s Ottawa bureau, Graham was set to step up.

Instead, Freeman made her an offer she knew Graham would refuse: A six-month contract, with the proviso that a decision would come in July about a long-term deal.

No, you hired me for this job, replied Graham. It’s open. I’m ready.

Much yelling by Freeman ensued and Graham, realizing she was being set up and it would end badly for her in July, told Freeman where to stick it.

Back at the mean girls club in Toronto Wednesday night, Lisa was jubilant, high fiving with Rosa in the CTV newsroom and telling anyone who would listen that Graham wasn’t “a good reporter…this is the best thing that could happen.” 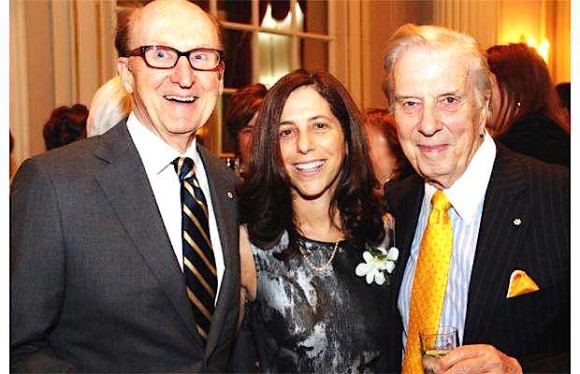 Freeman with Magoo and Count Floyd

Meanwhile, Graham’s Ottawa colleagues were in shock, some in tears. She was popular with the CTV Hill team, particularly techies, who talk of working to rule in protest.

Graham’s exit is also getting negative reviews in the PMO, where she had many friends and sources, including fellow Cape Bretoner Gerry Butts, principal secretary to the prime minister.

LaFlamme’s choice to replace Graham is the pliable Todd Battis, CTV’s milquetoast Atlantic bureau thingy. Unfortunately, as he was in on the Graham hit, Battis can expect a shit storm in Ottawa.

The ultra paranoid LaFlamme can’t tolerate anyone who might be a threat to her anchor throne, so for the same reasons that Scott Laurie rather than Kevin Newman sits in on her nights off, Solomon is a no-hoper.

Meanwhile, watch for Freeman to be the next CTV exec for the tumbrels.

Since he arrived, Lennox has been whittling away at Freeman’s empire, relieving her of command over Canada AM and Bell Media’s radio network.

Add to Wendy’s woes that she has permitted her berserk anchor Lisa to take over the news operation and it’s only a matter of time before she’s for the high jump.