Remedial Media: First they came for the Godfreys…

After all the abuse Paul Godfrey’s been taking lately, who can blame him for playing the anti-Semitism card?

Granted, it’s the last refuge of a losebag, but these are desperate times for the Postmedia supremo.

His media empire is circling the bowl and he’s being assailed from all directions, notably by rival TorStar, where they’re calling him a liar and a stooge for U.S. corporate bloodsuckers.

No less an authority than the Star’s head bow-tie boy, John Honderich, accused Godfrey of “trifling with the truth about the newspaper industry.”

Star business columnist David Olive weighed in with a pitiless filleting of Postmedia: An “abomination,” a “cancer on Canadian journalism” and a “thinly disguised foreign takeover.” Furthermore, Olive wrote, Godfrey’s claim that American hedge funds ensured the survival of the newspaper chain when no others would step up was a “lie.” 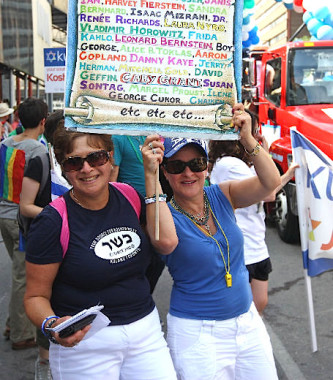 Godfrey countered via his loyal fart catchers at the Sun, among them columnist Joe Wormington, whose rebuttal ended limply: “I take offense at any campaign that sullies the reputation of Godfrey—a great Torontonian and Canadian…”

Next up, Sue Ann Levy, the Sun’s Queen of Hate Tweeters and another Godfrey apple polisher:

@SueAnnLevy Feb 1
All I endeavoured to point out was Godfrey, a Jew, was being singled out & called a “cancer.”

@MikeWarland Feb 1
Why is @SueAnnLevy fixated about Paul Godfrey being Jewish?

Somehow, Levy resisted the urge to mention that Honderich is of German descent (say no more!!—ed.), and also failed to note that her beloved uncle, the late Jeff Lyons, longtime Tory bagman, was Godfrey’s dearest BFF.

Doubtless, this caliber of apple-polishing will ensure that Sue Ann is the last braunnoser standing for Postmedia’s imminent end of days.

4 comments on “Remedial Media: First they came for the Godfreys…”