Humour in Uniform: Leash the horndogs of war 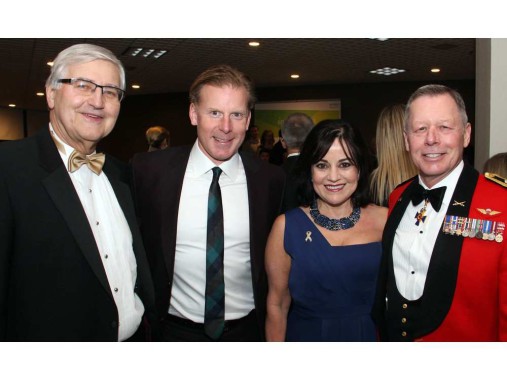 My invitation was apparently lost in the mails, so belated Frank felicitations to Gen. Jonathan Vance on his most recent nuptials. Our compact but effective top soldier last month made an honest legover of the fragrant Kerry “Slippery Naples” Wheelehan.

The delightful couple, readers may recall, began their delightful couplings during Jonathan’s truncated tenure as deputy commander of NATO’s Allied Joint Force Command in Naples. Kerry, a Lt.-Col.with the U.S. Judge Advocate General, served under him. With distinction.

Alas, their canoodling went over poorly with the brass, and Vance was sent packing in July 2014, only a year on the job

Also unimpressed was Vance’s wife, Jennifer, who soon devised her own exit strategy.

While outgoing Chief of Defence Staff Tom Lawson was apprised of the seamy details of the Naples affair, it is still not known whether anyone ever informed President Steve. In any event, the contretemps did not derail Jonny’s elevation to the top job.

Kerry, meanwhile, resigned her post with the JAG and moved to Ottawa to pitch a tent with Vance, who began cautiously referring to her as the wife. Once the puritanical Harperites were in retreat, he eased her into the capital’s social scene.

Frank was delighted to encounter the charming duo at the U.S. ambassador’s pissup at Lornado, noting Kerry introduced herself to hosts Bruce and Vicki Heyman and other swells as Kerry Wheelehan.

Then came this month’s Royal Ottawa Hospital gala, at which beloved spokesthingy Maggie Trudeau was once again honoured for contributing to the conversation on mental health by not having any.

The CDS, resplendent in his scarlet mess kit, was accompanied by his enchanting spouse, Kerry Vance! The lovebirds, it transpires, made with the matrimony February 13 at St. John’s Church.

Even better, the bride was handing partygoers her new business cards, already emblazoned with the new surname – and the Department of National Defence wordmark.

Oddly, Kerry doesn’t seem to have a job title in hubby’s department, nor is she listed in GEDS, and her contact info includes a gmail address.

2 comments on “Humour in Uniform: Leash the horndogs of war”