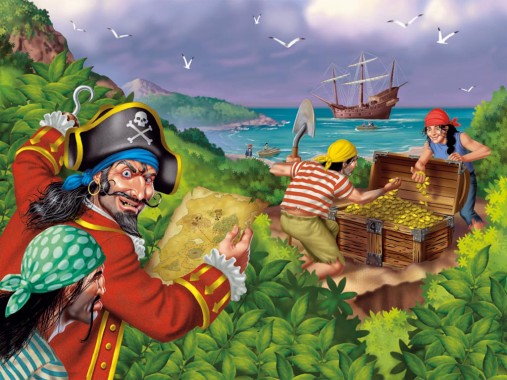 Now that Canada Revenue Agency and KPMG have come to a gentlemen’s agreement on what to do about a coven of offshore tax cheats (to wit: fuck all!), Senator Pana “Cotta” Merchant can doubtless sleep better at night.

The federal revenoors and their buddies in bean counting secretly decided last May to cut a deal to offer amnesty to some of the high rolling Canadian clients of the firm who were using an offshore tax-avoidance scheme on the Isle of Man.

The Corpse reported this week that several senior government thingies were highly critical, saying the CRA “should have at least tried to impose large penalties on these wealthy clients of the accounting firm.

“Some felt the agency should also have pursued a criminal investigation into the KPMG tax plan, which, in court documents, the CRA has alleged is a ‘sham.’”

Some CRA employees have complained of corporate lobbyists working to influence “political heavyweights” to interfere with the audits.

The amnesty deal means at least 15 of 26 wealthy KPMG clients will avoid any “gross negligence” penalties, fines or criminal investigations as long as they pay back taxes and some modest interest on the income they had failed to report on over many years.

Curiously, in all its current coverage of the boondoggle, the Corpse made no mention of the most prominent Canadians who squirreled away millions in offshore tax havens.

Doubtless the Corpse is keen to avoid any further legal entanglements, particularly with Pana Cotta.

The longtime Liberal senator and her husband, Tony Merchant, the class-action ambulance chaser, sued the CBC in 2013 after its initial report that Tony had stashed $1.7 million in a Cook Islands account in Pana’s name. 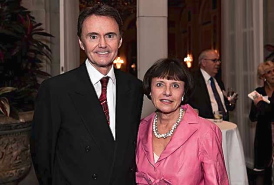 The Merchants were royally pissed with a CBC report, “Merchant of Secrecy,” with video of yachts and tropical islands and v.o: “They make millions and lead great lives. While most citizens pay their taxes, some rich ones use a secretive off-shore world to hide what they really have.” (Tony is a multi-squillionaire, thanks to his tireless exertions on behalf of native Canadians in their residential school settlement claims.)

The statement of claim alleged that the Corpse aired ancient stock footage of Tony working late in his Regina office, leaving viewers with the preposterous notion that Tony refused to come out to be interviewed.

Could be the old footage was from Tony working overtime as legal counsel to notoriously bad husband, Colin Thatcher.

In the eighties, the always-reliable Tony represented Thatcher in his divorce proceedings against wife JoAnn — and then again at his bail hearing after Thatcher decided to save on litigation and just have her killed.

Once trial got underway, Tony doubled as a defence witness, helpfully vouching for his old buddy’s whereabouts at certain crucial points in the case’s chronology. He also represented the litigious old murderer in various matters over the years after his conviction and life sentence.

As for Pana Cotta, she’s a busy gal, juggling numerous corporate directorships and her duties on the Parliamentary Network of the World Bank and International Monetary Fund, an esteemed body that crusades for “increased accountability and transparency in international financial institutions.”