Suicide at the Star III

The shit show continues at the Toronto Star.

Canada’s largest piffle sheet, so fearless in reporting the debased exploits of Rob Ford and Jian Ghomeshi, has been desperately trying to keep a lid on the growing scandal engulfing its own newsroom.

As reported in the satirical press last week, the suicide of Raveena Aulakh, the paper’s environment reporter, sent shock waves through One Yonge and exposed a gormless corruption that reaches the highest levels of Star management.

“This has just rocked the Star. It’s the worst blow to hit the paper in decades,” one newsroom vet told Frank.

“Worse than Ken Adachi because this is more twisted.” (Adachi, the Star literary critic, committed suicide in 1989, after being accused of plagiarism.)

“She obviously had her own set of problems,” a reporter said. “But had this been handled properly, you have to ask yourself, ‘Would she still be alive today?’”

After all, this is the Toronto Star, arbiter of ethical standards, guardians of the Atkinson Principles and all that pious shite. But the sordid details of this scandal would gag a Godfrey.

In it, she named various Star managers, including Jon Filson, the paper’s tablet supremo, with whom Raveena had been having an affair for nearly three years.

Earlier this year, she discovered that the much-married Filson was also schtupping her boss, Star managing editor Jane Davenport. Raveena had found a collection of sexually graphic emails between Davenport and Filson on his cell phone.

She took her complaint to foreign editor Lynn McAuley, who sent her away. “Don’t say anything, Jane would lose her job!” McAuley allegedly said.

Turns out this wasn’t the first time Davenport had landed one in the ethical rough.

National editor Stephanie Cesca went to her ME in May 2015 to protest Filson’s abusive behaviour and mistreatment of staff. Many Star hacks were amazed how Filson had shinnied up the corporate ladder, while driving good reporters from the paper, including much-liked sports typist Dan Girard.

Two months later, Cesca found herself sacked, without cause. She later sicced her lawyer onto the Star, scored a fat settlement and now works with the provincial government.

The entire hot mess has John Honderich choking on his bowtie.

It’s “a terrible blow to John, for what he believes the Star stands for,” a hack told Frank.

The Star chairthingy flew back from his vacation in B.C. last week to personally supervise the investigation into the circumstances surrounding Raveena’s death.

His first order of business was to fire Filson, who was frogmarched out of One Yonge on June 3.

Next up, Davenport. In a memo from editor Michael Cooke Monday, it was announced that Davenport would move “to a new role outside the newsroom and within Torstar, effective immediately…Jane will no doubt make a considerable contribution in her new job.”

Translation: “Better start looking for something else. Yer toast.”

Some Star sluggos say McAuley should be next off the plank.

After all, here was a case of an award-winning reporter reaching out to management with personal problems only to be ignored and rebuffed.

“Somebody died and someone has to pay the price,” said one Star hack.

And still the Star hasn’t acknowledged Raveena’s memory with an obituary, so let’s give her the last word: 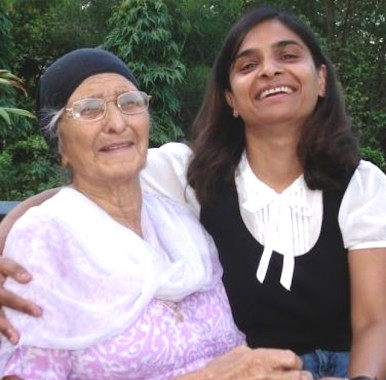 “Lessons From My Magnificent Ammi, by Raveena Aulakh

4 comments on “Suicide at the Star III”