Suicide at The Star, Part Deux 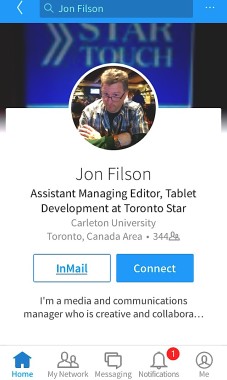 For a newspaper that took great joy in reporting the scandalous behaviour of Rob Ford and Jian Ghomeshi, the Toronto Star is mighty quick to circle the wagons ‘round its own newsroom calumnies.

As reported this week in the satirical press, the mysterious death of Raveena Aulakh, the paper’s environment reporter, sent shock waves through the newsroom.

By all accounts, the fortysomething Aulakh, heartbroken over an office affair gone bad, had committed suicide. Star management fuelled speculation about the circumstances by not publishing her obituary.

The way we hear it, Raveena was smitten by a much-married senior editor, then discovered he was also getting a leg over with their boss—one of the paper’s highest-ranking editors.

Unable to manage the betrayal—by both her lover and her boss–a heartbroken Raveena took her own life.

“‘Maybe. Maybe not. Maybe fuck yourself.’ Mark Wahlberg in The Departed. Could easily apply to others, & much more.”

Apropos of nothing, the Star today announced that Jon Filson, assistant managing editor in charge of tablet development, has exited the building. According to Financial Post, Star spokesthingy Bob Hepburn confirmed that Filson “has left the Toronto Star.”

Filson had been with the paper since 2000 in various capacities, including sports editor and features editor. Presumably his departure was due solely to tablet interruptus.

Meanwhile, the senior editor allegedly involved in the love triangle remains at her post—for now.

Doubtless, Star management will soon come clean on the circumstances—and the behaviour of certain managers—that preceded Raveena’s death. (Sources say publisher John Honderich cut short his BC vacation and returned to TO to deal with the hot mess.)

Consider these words of wisdom from no less an authority than Star ombudsthingy Kathy English in 2011: “Suicide is a difficult subject, but how does hiding from it serve anyone? On balance, there is often greater good in seeking and reporting the truth about the s-word.’”

4 comments on “Suicide at The Star, Part Deux”