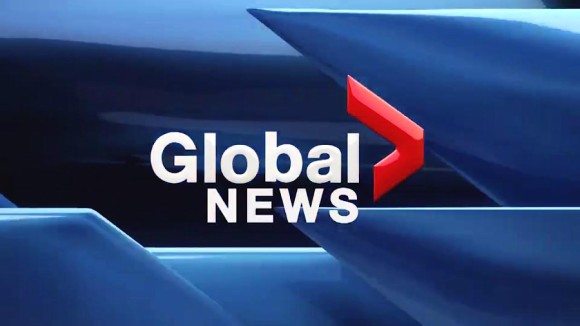 Much snickering at Global News as the truth has finally dawned on news boss Ron Waksman that his team of crack writers can’t, er, write.

In an email to Global staff earlier this month, Waksman, VP of digital for Global News, acknowledged what website readers have known for years: “Some serious problems that involve the lack of attention to detail and a lackadaisical approach to the vetting and editing of Globalnews.ca content.”

Poor Waksman. He’s had several veteran journos defect over the past couple of years, so the task of populating the website with clickbait has fallen to cabbage patch hacks who somehow graduated from J-Skool.

“There have been an ever increasing number of spelling mistakes, syntax errors, poor grammar, extra words, missing words and run-on sentences,” he lamented.

“At a time when journalists already suffer from a lack of public trust and damaged credibility, it’s imperative we take these matters very seriously and make an immediate course correction.”

Take, for example, Adam Miller, Global News reporter and a graduate of the Joe Wormington Academy of Gibberish.

Here’s a sample from an Adam yarn last month:

“A teenage male has been taken to hospital in serious condition and four schools were put on high alert after a stabbing at high school in Mississauga. 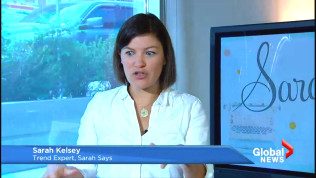 “The school was then put on lockdown, but lowered to a hold and secure shortly thereafter and then cleared. Three other nearby schools including Holy Cross Secondary School, Corliss Public School and Ridgewood Public School were also put in hold and secure and were later cleared.“ (no mas!!-ed.)

Much raising of eyebrows ensued, since Global was still reeling from the sacking of news anchor Leslie Roberts for allowing clients of his PR firm to appear on his shows.

When the satirical press suggested last week there might be a conflict in Kelsey’s arrangement, Global spokesthingy Rishma Govani leapt to the network’s defence. In an email to Frank, Govani noted that Kelsey wasn’t a “full-time” Global News employee when she ran her PR firm.

Furthermore, Govani wrote, Kelsey had had no activity on her website since July of last year.

That’s as may be, but her site still advertised her PR expertise to potential clients—at least until last weekend, when it was suddenly scrubbed clean of all the PR services Sarah had on offer.

Govani also dismissed a Frank suggestion that Global employees have enjoyed trips “at Four Seasons resorts around the globe.”

“We have used Four Seasons sparingly for food and beverage segments as the chain is a well-recognized global brand. We have and continue to pay for Four Seasons hotel rooms—among others–as required for our guests.”

Fortunately, there are some hardworking Global hacks, like Morning Show producer Kieran Gavlick-Sells, who make sufficient dough to enjoy the likes of the Four Seasons luxury Maui at Wailea (see photo).

As for Frank’s claim that certain employees may take home items that get promoted on Global’s Morning Show, nothing could be further from the truth.

Quoth Govani: “A producer did not keep the mattress as you suggest in your article. In fact, we have several proof pieces to the contrary and have correspondence arranging the return of the mattress. For the record, nobody took a bed home. The mattress was returned to the store and the box spring was removed from the building by our facilities department after it sat in a hallway for several weeks.”

Getting back to Waksman, sharp-eyed readers may recall he was at the centre of the Bruce Livesey fiasco at Global last year.

In the event, Livesey, a much-decorated investigative hack, was fired by Global News and his documentary, The Koch Connection, about the billionaire Koch Bros’ ties to Canada, yanked from the network schedule.

Livesey later said that Waksman told him he’d been fired because he spoke to Canadaland about the doc’s removal from the Global News schedule.

Waksman denied Livesey’s claim and said the doc wasn’t “killed, cancelled or dropped,” but merely delayed because it wasn’t ready for broadcast, and would likely air next season.

2 comments on “Why Global Can’t Rite”