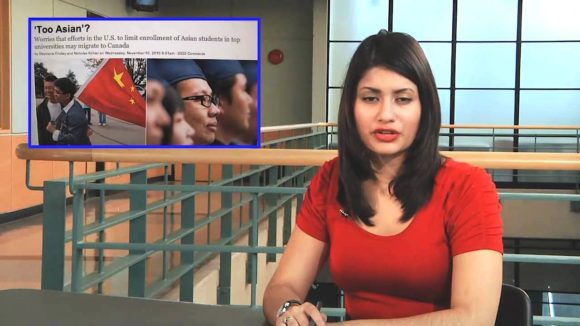 Attention J-skool grads! Up to your ham hocks in student loans? Unable to pay off that crushing debt because there’s no fackin’ jobs in the moonscape media market?

Despair no longer! Just follow the Scaachi Koul playbook and transform yourself into a high-profile crybully! Before you know it, you’ll have a burgeoning career, a gig at BuzzFeed and a book deal with Doubleday.

There’s nothing to it, really. 1. work yourself into a self-righteous Twitter tantrum over racism/sexism/choose as many as apply 2. Use it as an excuse to harass and hurl abuse. 3. When called on your shit, victim up.

It’s all about self-branding, at which Scaachi is adept. The Globe and Mail, in expending a two-page spread July 21 on Ghostbusters star Leslie Jones‘ tearful retreat from the jeering mobs of Twitter, simply had to list the self-promoting Koul among other Blameless Martyrs of Internet Dickwaddery.

Retold yet again was the tale of Scaachi’s brave tweet in February requesting story pitches from non-white contributors.

“Would you like to write longform for @BuzzFeed Canada? WELL YOU CAN. We want pitches for your Canada-centric essays & reporting…would particularly like to hear from you if you are not white and not male.”

When that triggered the expected whinging, she tweeted, modestly enough: “Giving ignored voices preferential treatment is not racism against white people …it is an attempt to fix all of history.”

Then she claimed that she was getting messages from “white internet men saying that my (white, male) boss should rape and/or murder me as professional discipline” and she shut down her account for a bit.

But not before one last tweet: “If you’re a white man upset that we are looking mostly for non-white non-men I don’t care about you. Go write for Maclean’s.”

Coincidentally, Scaachi herself worked at Maclone’s as an intern in 2012.

Sadly, her career with the pasty-white weekly came to an abrupt halt after it was discovered she was, er, making shit up.

Assigned an obituary for a young woman who had died in contentious circumstances, Scaachi sole-sourced the obit, interviewing only the woman’s boyfriend because, she claimed, other family members couldn’t be found.

The poop soon hit the propeller. The woman’s family came barking down the line, outraged that the boyfriend, who was in fact estranged from their daughter, would have any input in the death notice, and, oh, by the way, our number’s in the phone book!

Asked to explain her nosestretchers, Scaachi came up empty and she was sacked—by deputy editor Anne Marie Owens—a white woman, wouldn’t you know it!