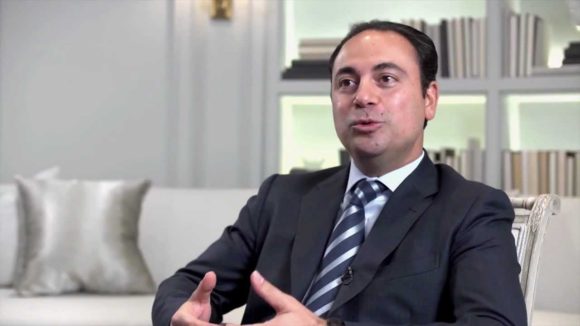 Fluffing wealthy Toronto developers is a time-honoured tradition at the Globe and Minion and last week was Sam Mizrahi’s turn.

“The developer, the fugitive and the feud”–on the front of the Globe’s Toronto section—told of a multi-billion dollar embezzlement scheme and the subsequent court battle between two wealthy Canadian-Iranian developers—Mizrahi v. Mahmoud Khavari.

According to the Globe, Khavari, who lives in North York, is on the lam from authorities in Iran, who allege he was involved in a corruption scandal as chairthingy of the country’s largest bank more than a decade ago.

Khavari apparently declined to speak to the Globe, leaving reporter Laurent Bastien to fill the void with accolades for Mizrahi:

“…made a name for himself as the charismatic owner of a chain of high end dry-cleaning shops called Dove Cleaners…wearing a gold Rolex and a tailored suit, he brims with confidence as he walks on Hazelton Avenue; his clients, many of whom live close to his office, greet him enthusiastically as he passes by.”

This isn’t the first time Mizrahi has been fluffed by the Globe. His 80-storey extravaganza at Bloor and Yonge, “The One”, was featured last year:

“The planned tower would be Canada’s tallest, aside from the CN Tower, and perhaps its most expensive…Mizrahi has made a bold choice of architects. Foster’s is among the best big architecture firms in the world…high level of design ambition…This project is ‘unprecedented and this corner deserves it…’ says Mizrahi.”

Strangely, in all its arslikhan coverage, the Globe never mentions Mizrahi’s financial past—Dove Cleaners went bankrupt in 2007—and certainly no criticism from detractors like Sam Salimi Beni, who remarked on social media last month:

“Perhaps you [should acknowledge] how you got from a bankrupt Dove Enterprises Corp. to being one of the wealthiest builders in GTA. The name Khavari rings a bell?! I’m sorry, but you’re as fake as it can get!”

But that sort of negativity has no place in a family newspaper, especially one in the business of selling ads to developers.

And just in case Globe readers missed the curious symmetry, Bastien announced the ad in a tweet:

‏‪@BastienLaurent Jul 9
Full page ad for one of Sam Mizrahi’s condos in the Globe today – same edition as my piece. 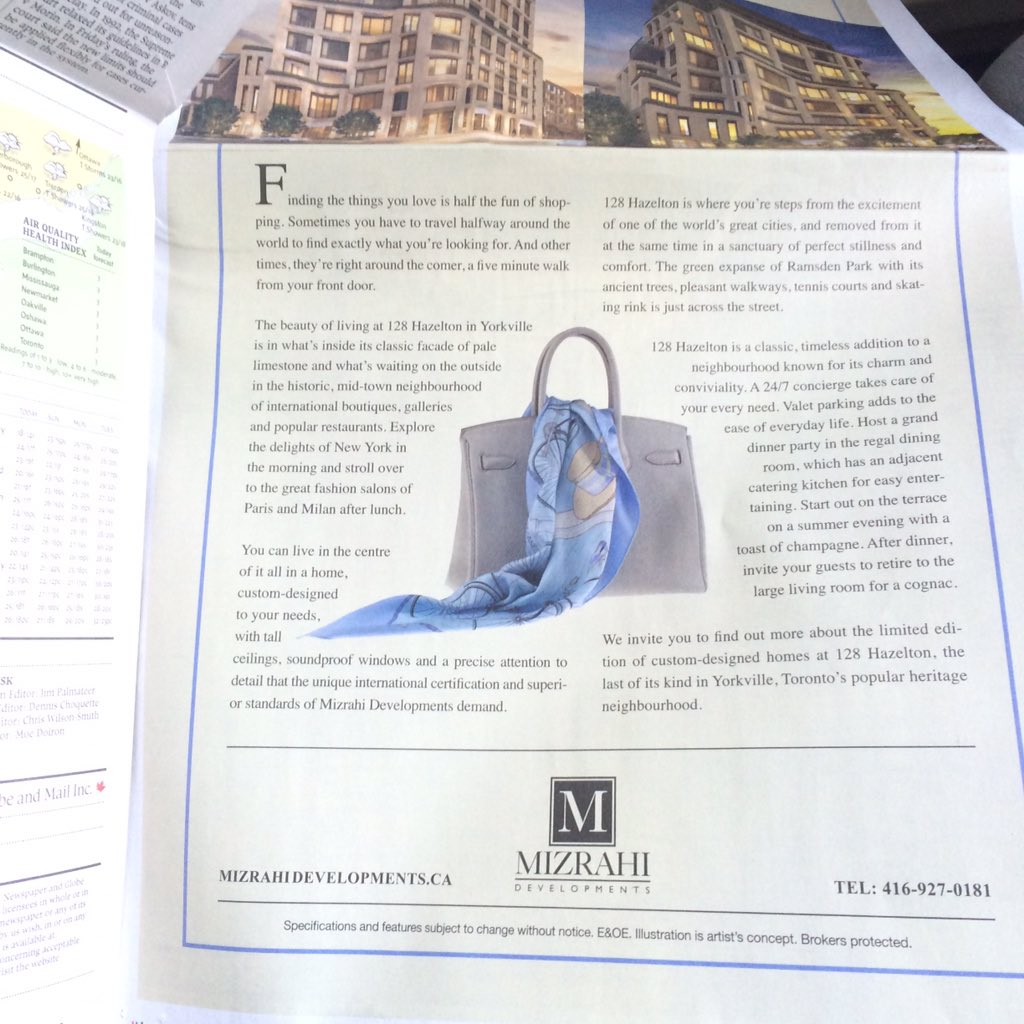 7 comments on “Globe and Mail rub and tug: Rah-rah-Mizrahi!”