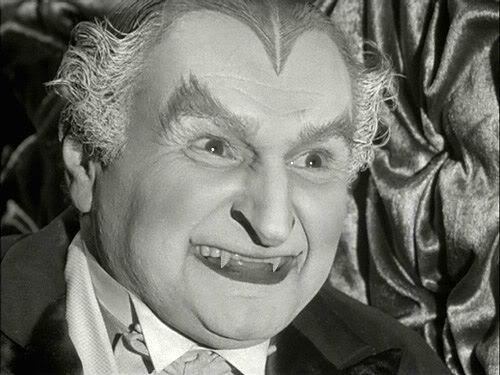 In Paul Godfrey’s dreams, he would be reincarnated as an American.

But since he’s trapped in Canada in this life, notwithstanding his Florida winters, Godfrey has endeavoured to bring his favourite culture to the shores of Lake Ontario.

The Skydome/Rogers Centre began life as a Godfrey-led play to bring an NFL team to Toronto.

Now the le grand fromage of the newly less indebted Postmedia empire has reached south of the border to pad out his new board of directors for the restructured and still shrinking company.

As rumours percolated of a coup attempt against Godfrey, five Postmedia board members were ordered to waddle the plank. No longer collecting their annual $120K stipend are: Charlotte Burke, Stephanie Coyles, Mitch Joel, Ted Lodge and Martin Nisenholtz.

A new, U.S.-heavy slate has taken their place.

And what could be more American than the National Enquirer?

Now we get not one, but two executives of the company that owns the Enquirer helping to oversee Canada’s largest newspaper chain.

Pecker is a colourful chap. A major Donald Trump supporter (the Enquirer is one of the only mass-circulation rags to endorse Der Donald) he burns through editors at a furious rate, and has almost as much bankruptcy experience as his candidate.

Much strenuous denial over the summer after the New York Post reported that Pecker had been offered an ambassadorship in the Trump administration as long as he kept the hosannas humming from his tabloid stable.

Rumours that Enquirer troops had grown restive re the Trumpian coverage were batted down by Pecker, who noted that he didn’t require a patronage plum to keep his thumb on the scales. The Donald sells papers, so he will be on the cover for the duration. 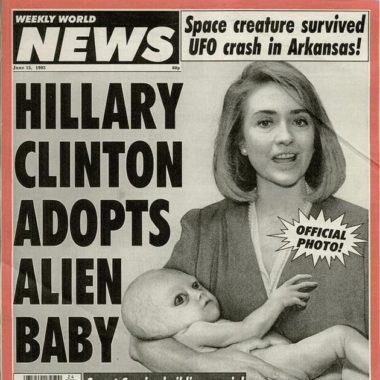 And in its debate coverage, the Enquirer exclusively revealed that pinko Fox News had cut away from Clinton as she descended the stairs after the slugfest was finished to conceal her frailty, and used “soft, angelic” camera filters for her side of the debate stage — while leaving Donald Trump’s image a cold white.”

The week before, the Enquirer had this:

The new financials reveal that the chain is still reliant on a shrinking pool of print advertising revenue for most of its income.

Loss for the last quarter: another $100 million on revenues of $198 million. So the executioner’s song is playing again: roughly another 800 jobs are slated to go. Sluggos have until the end of next week to decide to take the buyout (and hope Toastmedia survives long enough to pay it out as ‘salary continuance’) or just wait for Madame Guillotine to come to them.

In his latest grape Kool-Aid shooter announcement, Postmedia headsman Gerry “Shurely” Nott said, “Change is nothing new and it’s been constant. This challenge is our most dramatic…Over the next couple of weeks, you’ll be hearing about what some might consider our draconian changes to the print product.”

As predicted in Trash Magazine earlier this year, the big-city dailies offer the most tempting place to reduce. So say goodbye to the Sun papers in Edmonton and Ottawa and sayanora to one of the two birdcage liners in Vancouver.

If competence was a factor in the firings, Nott would have been gassed years ago. After all, it was Gerry who, a decade ago, sold his bosses on the cockamamie idea that CanWest would save money by dumping Canadian Press and setting up its own national wire service. As of 2013, that brainwave had bottomed out and Postmedia now makes liberal use of the venerable wire service to backstop its decimated newsrooms.

Another Gerry-rigged disaster was Postmedia’s endeavour to produce content across four platforms: mobile, web, tablet and print. Gerry convinced his masters that advertisers would leap like trout at the opportunity to get onboard the new tablet edition–a curated evening news magazine, interactive and amaaaazzing!

With impeccable timing, Postmedia launched its $25-million makeover just as tablet sales went into free fall. In the end, less than 1,000 readers subscribed to the Petfinder’s test product.

Postmedia scrubbed the entire campaign because, in the immortal words of Mark Baum, it was “dog shit wrapped in cat shit!”