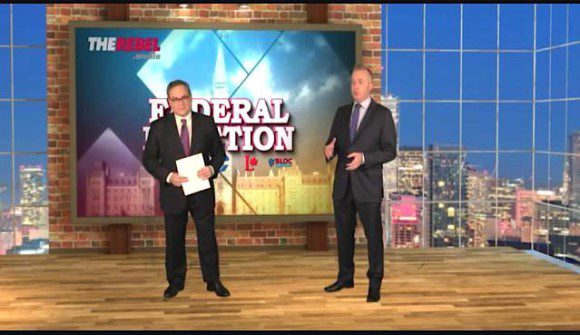 So farewell then, Brian Lilley.

Frank is unreliably informed that the Rebel Media co-founder and his best newsbro, Ezra Levant, are in the midst of a divorce so ugly that ambulance chasers have been called to the scene.

The evidence of the purported schism so far is thin, but some note that the “smart-haired” Lilley, advertised as one of Ezra’s “celebrity” draws for the Rebel Media Caribbean cruise, was nowhere to be found by the time the S.S. Hate Boat set sail in November. 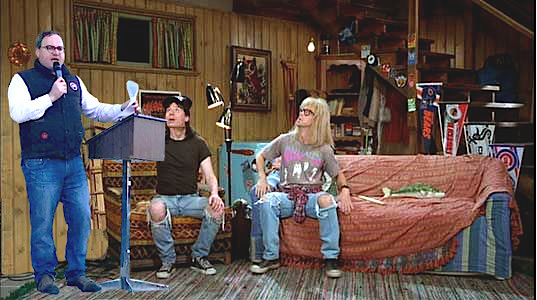 A Lilley-Levant bust up would mean the end of the greatest Canadian comedy duo since Mump and Smoot won the 2003 Dora Mavor Moore Award. Who could forget the boys’ alt.right clown show, the Free Speechapaloser Tour through Western Canadian hamlets and himlets, in the fall of 2014?

Alas, by the time they reached Saskabush, the wheels had fallen off their crusade. Locals stayed away in droves, so the plucky lads humped to Red Deer to perform before 83 bewildered geezers in the 278-seat Welikoklad Event Centre. Then it was onto the Penticton Legion 40 for their last public appearance together.

But that was then. Now they’re at odds, apparently, because Ezra’s Klannish vision for the Rebel is too extreme, even for Lilley.

More importantly, however, is that Brian wants a bigger share of the spoils.

Contrary to rumours circulated by Trash Magazine that the Hate Boat has been adrift in a sea of red ink, its coffers are in fact brimming over. Potential investors who have seen the books inform us the net value of the franchise is “well into seven figures.”

So Lilley figures he deserves more of the action, especially since Ezra milks the Rebel for over $300K a year, sends his three daughters to a toney private school, lives in a plush North Toronto pile and drives a Hummer.

Brian, meanwhile, works Dickensian hours at the whopper mill, struggles to beat down the mortgage on his suburban Ottawa semi, and sends his four kids to public school—by bus!

Ezra claims he can’t afford to pay more. After all, he’s been banging the Rebel tin cup louder than ever lately, begging supporters to cough up $385,000 in gear and sponsorships to keep the lights on at the Rebel jungle gym.

But what has Lilley worked up is that while he works for peanuts, Ezra pisses away six figure sums fending off unnecessary libel suits. Just last month, Lügenpants took to the airwaves to grovel for another $10,000 to pay for a no-hoper petition to the Supreme Court, after legalist o’ colour Khurrum Awan handed him his curvaceous ass once again, this time in the Ontario Court of Appeal.

That’s $165,000 so far, not counting the billings of long-suffering Levant legalist Iain MacKinnon.

“Thanks for your support — for me, and for everyone who believes in free speech, and opposes anti-Semitism and lawfare,” quoth the Ez’ in his latest begathon.