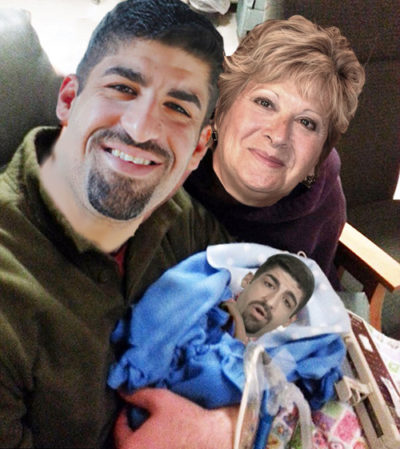 How unfortunate that the recent whacking of Nick Kouvalis in Maclone’s didn’t mention the juiciest story about Kellie Leitch’s chief fabulist.

Granted, the refried weakly did dish a couple of entertaining anecdotes, like the time Nick exchanged punches with Doug Ford, the noted phrenologist.

In the event, Nick, then campaign manager for Rob Ford in the 2010 running of the reptiles, suggested John Tory could beat Rob if he entered the race.

Incensed, Doug lamped him in the head, to which Nick responded with a haymaker. It missed and Nick quit the campaign and drove back to Windsor – mercifully without incident.

Doug later denied the punch-up, telling Maclone’s, “If there were fisticuffs between me and Nick there would have been two hits: me hitting him and him hitting the ground. By the time he’d have woken up I’d have been prime minister.” (Curiously, the Toronto Star had the fight story, but never published.)

Maclone’s also revealed how the mirthless Leitch, currently cloaking herself in the mantle of real-folks anti-elitism, was a country-clubbing, credential-obsessed toff as recently as the 2015 election.

Felix Wong, then the Tories’ senior political operations officer in Ontario, told Maclone’s about being reamed out by the notoriously ill-tempered Leitch when her business card didn’t say “Doctor” before her name.

Wong told her the card template didn’t allow for honorifics.

“You’re lying,” Frau Doktor Leitch shrieked. “This is unacceptable. Even [Stephen Harper] introduced me as Dr. Kellie Leitch this morning. I’ve earned all these titles. Do you have these titles after your name? No.”

But the missing pièce de résistance from the Kouvalis yarn was about how Nick was supposed to be–trigger warning!–a sperm donor for Sue-Ann Levy!

Pas possible, you say? Well, the short-arsed ball of gay Jewish fury goes back many years with Nick, even before he was running Ford’s campaign and Sue-Ann, from her Toronto Sun podium, was on useful idiot duty for Ford (“He was a man who stuck to his promises…the one hope for residents to be heard and to fight city hall…why was he vilified by left-wing media when so many other politicians received a free pass for their addictions…who among us…?” zzzzzz…)

The Zorba the Inseminator rumour gained traction after Levy tweeted a shot at Kouvalis.

‪Nick you working with the firefighters again? Vested interest?
–@SueAnnLevy 15 Jan 2013.
‪
@SueAnnLevy‪ wow! Only 2 yrs ago you ask me to consider being the father of your child, the next I’m a whore?

@SueAnnLevy @NickKouvalis Remember when you asked Nick for his sperm?
–Jonathan Goldsbie

@SueAnnLevy your perspective is unique…I can’t think of another word for you…speaking of unique what’s up with the sperm donation story?
–@corey_cg

When Postmedia scraped up the tweets for a quick did-they-or-didn’t-they online item, Levy popped a headvalve. Faster than you can say, “come again?”, she was on the blower to Postmedia Supremo Paul Godfrey.

Turned out that Sue-Ann had prudently changed her mind on taking Nick’s demon-seed and didn’t want the world to know about her procreative peccadillos passim, so she just reminded Paul she was the beloved niece of the late Jeff Lyons, longtime Tory bagman and Godfrey’s dearest friend.

The offending squib was promptly 404’ed. Much like Nick Jr.