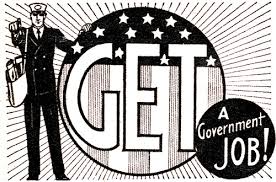 How unsurprising to hear the Liberal government has nixed the idea of throwing a pecuniary lifeline to struggling Canadian media.

Naturally, the recommendation of a Liberal bail-out prompted the punditocracy to whinge about politicizing of the media, freedom of the press, blah de blah–and the Liberals hastily retreated.

“There’s no way we’re doing this,” Libs told the HuffPost, while Heritage Minister Melanie Joly (for it is she), effectively threw the PPF’s $200K report into the shredder: “We will be bringing forward in 2017 an entire new model on how to support Canadian content.”

Of course, the Liberals don’t really need a formal program, since they already have a scheme in place to politicize the media.

Consider that in the 16 months since their election in 2015, the Liberals have hired five Parliament Hill journos as communications directors/advisors:

By comparison, over their 10-year interregnum, the Tories purchased only three political reporters for the dark side (sunny days, shurely?!—ed.):

Bob Patterson of CTV to Bev Oda’s office, Kris Sims of the Sun to Erin O’Toole, Daniel Proussalidis of the Sun with Jason Kenney, Dan Dugas of CP to Justice Min. Peter MacKay.

All hail the Liberal Party of Canada, saving Canadian journalism, one hack at a time.