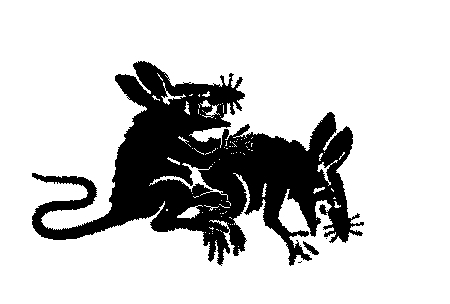 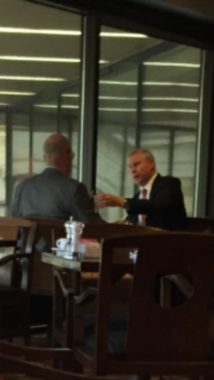 Thursday, June 1: Yet more buyer’s remorse for taxpayers as Parliamentary Beancounting Officer Jean-Denis Frechette estimates the navy’s boondoggular replacement of 12 frigates and three destroyers is on track to cost $61.8 billion, rather more than the $26.2 billion apportioned in the more innocent age of 2008.

Poor Frechette admits he’s aimed his abacus at a moving target. A one-year-delay in the Canadian Surface Combatant program would inflate the bill $64.4 billion, three years to $69.9 billion, with prime contractor Irving Shipbuilding Inc. (Franks passim, ad nauseam) skimming its customary 12 to 15 per cent profit for its services to a grateful nation.

That very same morning, Frank espies Irving Shipbuilding president Kevin McCoy hunkering down at Daly’s in the Westin for the most important meal of the day. His breakfast companion, coincidentally enough, is Pat Finn, slaphead ADM Materiel at National Defence — personal shopper to the Canadian Forces.

The boys no doubt have much to discuss, but lest you get the wrong idea, according to Irving Shipbuilding’s lobbyist registration, it’s more than 80 per cent likely Kev’ was just chatting, not lobbying, an activity, after all, which accounts for less than 20 per cent of his duties. Sometimes an $18 toasted smoked salmon bagel is just an $18 toasted smoked salmon bagel.

It must be said, however, that McCoy’s appetite for dining with government procurement thingies is prodigious, and often exquisitely timed. Four days after Vice-Admiral Mark Norman walked the plank in January, allegedly for sharing info with Irving’s arch-rival Chantier Davie on another navy contract, Kev’ was back in town and feeling peckish.

He and CEO Jim Irving enjoyed an intimate dinner at the home of Ian Mack, DND’s soon-to-retire Director of Major Project Delivery (Land and Sea), point man on the navy’s fleet renewal contracts. Also just hanging out and having a nosh, Ian’s boss…Pat Finn!

The Irvings have always in their turn been attentive to procurement sluggos on the verge of retirement. Frank recalls, back in 2015, spotting Jim and Kev’ at the Chateau Laurier with Tom Ring, ADM Acquisitions at Public Works, toasting his impending pensioning-off.

Ring would subsequently request, and be denied, an exemption from buzzkill conflict of interest regs to take up an immediate post-government gig with the Irvings. He can instead be spotted cooling off at the University of Ottawa as a fun Senior Fellow in the School of Public and International Affairs.