Frank 100th Issue! (without a bankruptcy)

What a century it’s been for my organ! Thank you for reading, and ratting. There’ll always another inch for you, Frank reader, and much wheezy laughter.

Now return with us to the giddy Fall of 2013. President Steve and his gang of goniffs are in their Duffy-Del Mastro-Carson fin de régime, Rob Ford is in the Steak Queen, Jian Ghomeshi still rough-trading on his CBC celebrity.

Some of you claimed you missed Frank. Some of you, it transpired, even meant it. We came back, we heard some stuff, we stapled that to some ATIP docs and dragged the whole schlamogga out to the last remaining newsracks in a Loblaw’s cart with the wheels permalocked. Herewith some of Frank‘s favourite backhanders, legovers and scoops, so far:

The Cold, Hard Truth: He really is an asshole! (Nov. 22, 2013)
It’s not an act, cultivated for Dragon’s Den, Kevin O’Leary really is an asshole! Ask Anita Bell, former senior VP, sales and syndication at O’Leary Funds. Claiming ol’ slaphead fired her without notice or cause in 2012, she sued for $350K pay-in-lieu, and claimed she’d been promised 1% equity. Among her above-the-call-of-job description duties, she lists arranging his haircuts and couples counseling sessions with long-suffering wife Linda, and keeping O’Leery’s many female companions and girlfriends stocked up with “products.”

Paul Calandra’s Family Values (Nov. 28, 2013)
President Steve’s parliamentary pinch-liar is sued by his sisters, who allege he stole from their mom’s $5M estate. 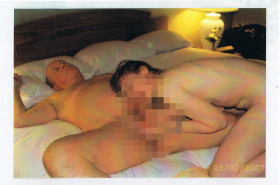 Divorce CBC Style (Dec. 30, 2013)
When they wed back in ’06, Kathleen Monk and James Fitz-Morris were the soft power couple of a Tory’s wettest-bedded, most id-wracked nightmares, the unholy alliance of the NDP and the CBC…Last December, however, six years and two kids in, Fitz-Morris put an end to their fellow-traveling when he decamped for more inbred pastures with another inmate of the CBC parliamentary bureau, Alison Crawford.

Horizontal promotions at the NFB (Jan. 30, 2014)
National Film Board supremo Tom Perlmutter walks the plank after hiring his legover, Ravdia Din, as head of English production.

Carpetbagging with Eve and Dimitri (Feb. 11, 2014)
Tory MP Eve Adams goes shopping for a new seat in Oakville-Burlington North: “Her secret weapon, as always, is Dimitri Soudas. Her astro-turfed soul mate, currently the Tories’ executive director ($300K-per-annum), can be relied upon to come to her aid — should he wish to continue enjoying her horizontal favours.” And so it comes to pass…

At Last! The Brazman finds a job! (Feb. 18, 2014)
Senator-in-limbo Patrick Brazeau pulls g-strings to get a gig as a greeter at the BareFax strip club.

Rona’s Memories of Kandahar (Feb 20, 2014)
Frank relates the little-known backstory of much-married Afghanistan commander Brig-Gen Daniel Menard (Rtd, hail of bullets) sent home for horizontal jogging with a subordinate, MCpl. Bianka Langlois, but only after an in-theatre visit from Public Works Minister Rona Ambrose “Rona, freshly divorced and on her first junket to exotic and dangerous Afghanistan, quickly developed a close rapport with the gallant and attentive Gen. Menard. One night, Menard liberated a bottle of scotch from the lockup and he and the minister entertained one another late into the evening, in his quarters, discussing affairs of state and whatnot. As you do. Bianka went ballistic…”

Not with a fingerbang but a whisper (Aug. 15, 2014)
Ashbury College (discreetly) settles buggery suit
“In May, the venerable academy for privileged prannies shelled out a sum deep into six figures–according to Ashbury sources–on an eleventh-hour settlement with the parents of a student who’d been sexually assaulted by classmates on a school trip to Boston back in ’07.”

Gen. Vance’s Slippery Naples (Apr. 8, 2015)
With 9 out of 10 anonymous sources tipping Gen. Jonathan Vance as the Canadians Forces’ new Chief of Defence Staff, Frank unpacks the tale of the previous year’s horizontal drill practice with U.S. subordinate Kerry Wheelehan. The legover cost the shortarsed stickman not only his job as deputy commander of NATO’s Allied Joint Force Command, but his second marriage. Happy ending: Vance goes on to score the CDS gig, and in the new year Kerry becomes the third Mrs. Vance. 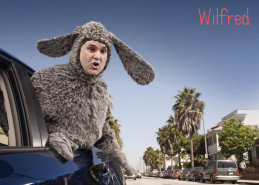 Those Ashley Madison civil servants in full (Aug 20, 2015)
“Of 548 federal government emails contained in the Ashley Madison hack, nearly 30 per cent belong either to military or civilian defence horn dogs. When it comes to trolling for the horizontal secondment of someone else’s spouse, no other government department even comes close, though addresses associated with Parliament, Public Works and, er, Service Canada/HRDC also make respectably skanky showings.” Frank names them names.

Funny money at the Ottawa Hospital (Sept. 14, 2015)
“A curious burning odour emanates from the Ottawa Hospital, where Frank hears a little exploratory surgery on the books has revealed puzzling contracting irregularities, some possibly going back several years.”

Suicide at the Star (June 2, 2016)
The Toronto Star tries to keep a lid on the suicide of reporter Raveena Aulakh after a bad breakup with much-married Star Touch editor Jon Filson, who’d taken up desk-polishing with managing editor Jane Davenport. It goes poorly.

Tootoo Triangle Shocker! (Aug. 3, 2016)
FishMin Hunter Tootoo’s straight-to-rehab ouster from cabinet and caucus is under the cone of silence until Frank unearths Twotimes’ concurrent intergenerational legovering with his office helper Justine Cooper-King — and her mother, Nunavut judge Sue Cooper. The heart is a lonely Hunter.

Rosie DiManno Deals! Peace Bond for Toronto Star pugilist (Dec. 13, 2016)
Rosie, charged with assaulting her ex-sister-in-law in alleged booze-and-pill-fueled rage (see also: Fear and Loathing on Finnegan Lake) finally extricates herself from the legal/family drama, and Frank is there!

CBC fires star reporter for plagiarism (Feb. 22, 2017)
Ace foreign corro Steve Puddicombe walks the plank at the Corpse over heavy lifting and light attribution of others’ work and not for other, er, eccentricities: “One female CBC reporter doesn’t know to this day that when she left her desk to go to the washroom, Puddicombe, while other staffers looked on, would sidle over, crouch down and give her chair a sniff.”

Chrystia Freeland’s Nazi nosestretchers (Feb. 24, 2017)
The Chomiak file: What did you do in the war, Grandpa?
Foreign minister Chrystia Freeland‘s self-serving and elliptical history of her grandfather, Nazi collaborator Michael Chomiak, comes back to bite her on the kolach. “Fake news,” true facts. 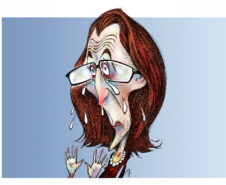 Whose House: Ezra Levant’s Forest Hill Mansion Mired in Lawsuits (May 31, 2017)
Frank checks in on the Rebel Commander’s new monster home, under construction in Forest Hill, and finds it hobbled not only by two mortgages ($2.5 mil from Scotiabank, $1.2 from the delightfully-named Gonad Holdings Inc.) but construction liens from unpaid contractors.

How the Canadian government pays Postmedia to publish fake news (Nov. 1, 2017)
Tits Out at Toastmedia!
“The Canadian government pays Postmedia hundreds of thousands of dollars to print propaganda in its chain of pifflesheets. Take, for example, the Canada Revenue Agency, which last March paid Postmedia nearly quarter million dollars of taxpayers’ money to print press releases masquerading as news stories praising CRA for pursuing tax cheats….CRA paid Postmedia $223,863 for the deal, which included four different articles, each pretending to be a real news story. They were published nationally, on separate weeks, over a four-week span—prime placement in print and digital.”

4 comments on “Frank 100th Issue! (without a bankruptcy)”