Messy Business at the National Ballet of Canada 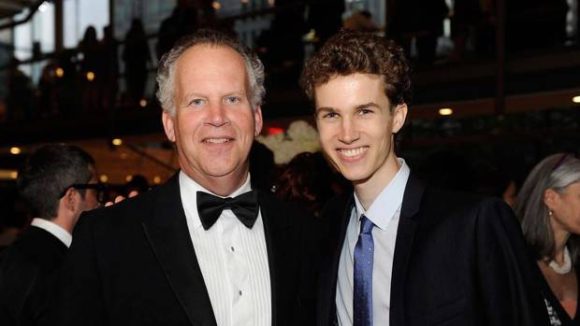 Dance is a perpendicular expression of a horizontal desire.
–George Bernard Shaw

In the grand tradition of ballet supremos to get a leg over with their dancers, Martins–age 71–allegedly used his position to obtain sex in exchange for better roles.

The revelations bring to mind the quote by Wilhelmina Frankfurt, former City Ballet dancer: “The only way that Peter rivaled [his predecessor, George Balanchine] was as a Casanova. However, where Mr. B. was charm incarnate, Peter was a basher.”

Not to be outdone, Toronto is trying to get a leg up on New York with its very own scandal of sex, intimidation, extortion and favouritism at the National Ballet of Canada.

In a series of emails sent to Toronto media last week, anonymous National Ballet insiders claim the NBofC and its board of directors are awash in nepotism and sexual blackmail.

Take, for instance, the case of Mr. X, a wealthy patron and member of the board of directors, who allegedly pressured and sexually harassed a principal dancer with the NBofC. The dancer has remained silent, out of fear of reprisals–given Mr. X’s powerful position with the company.

Then there’s the matter of Robert Binet, whose mere presence at the NBofC has his detractors in a tizzy.

Binet’s appointment as Choreographic Associate with the company and his connection to various arts councils is evidence of blatant nepotism, quoth his critics.

They claim Binet has been afforded the kind of opportunities other artists only dream of because his father is grillionaire David Binet, deputy chair of Thomson Reuters and CEO of Woodbridge, which owns the Globe and Mail. (Spoiler alert. You won’t be reading this story in the Globe anytime soon.)

Critics claim that the appointment of Binet Sr., one of the NBofC’s most generous donors, as chairman of the board, presents the possibility of conflict of interest. The chair, after all, might make official decisions in an unofficial capacity, that could lead to a conversation along the lines of: If you disagree with me, I will personally stop funding you, and that goes double for my various companies and their subsidiaries.

No one is suggesting that anything of the sort occurred, but the situation has raised concerns, as does the flourishing career of his son, Robert.

Binet the Elder previously served as chair of the board of directors at the National Ballet School – while Robert attended.  Sadly, when he graduated, Binet the Younger was unsuccessful at securing a position in any ballet company.

The Binets: David and Robert

Problem solved, since by now, his father had moved to the board of the NBofC. In short order, Robert was hired as Choreographic Associate, a position created for him, at age 21.

When David moved to the Board of Directors of the Art Gallery of Ontario, it was soon announced that the AGO would hire a choreographer, to create a dance work to coincide with one of their exhibitions of Canadian paintings.

Meanwhile, the gutter press has finally glommed onto the story; representatives of the NBofC’s board of directors will meet this week with hacks at the Toronto Star.

Doubtless, a full and frank explanation for all this messy ballet business will be forthcoming.

9 comments on “Messy Business at the National Ballet of Canada”