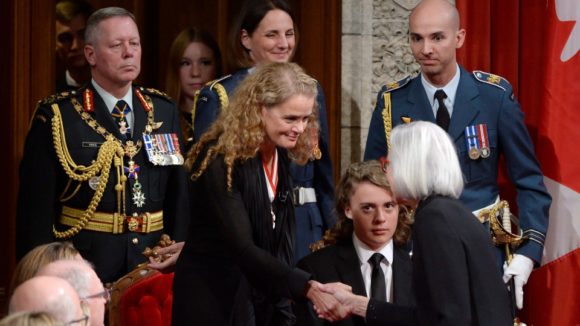 Hark! The divorce lawyers are at the gates of Rideau Hall!

Just in time for the holidays, the former husband of Rt. Hon. Space Cowgirl Julie Payette has served the Governor-General with papers at No. 1 Sussex Drive, seeking shared custody and enforced access to the vice-regal heir, Laurier Payette-Flynn.

The G-G and her ex, Billie Flynn, the Lockheed Martin jet jock and F-35 pitchman, separated in 2013 and divorced in 2015. Her Intensely Private Excellency last summer applied to have the Maryland divorce proceedings–including reference to a 2011 assault charge against her, which was later dropped–sealed from public view.

The grunting jackals of the fourth estate (CBC, CTV, The Globe and Minion, Postmedia and The Toronto Star) lawyered up for access to the files, Payette eventually backed down, and everyone went back to sleep.

But now Flynn, flanked by legalists Martha McCarthy (Martha McCarthy & Company LLP) and Pam MacEachern (Nelligan O’Brien Payne LLP) has filed a family court action in Ottawa, claiming Payette, who has sole custody of Laurier, is thwarting his scheduled twice-monthly weekend visits, as per the Consent to Judgment they signed in Quebec.

“The Respondent is selective in following the custody and access terms of the parties’ Consent to Judgment. She has recently taken the position that the parties’ 14-year-old can make decisions regarding parenting himself and often takes steps to align his opinion with hers.” 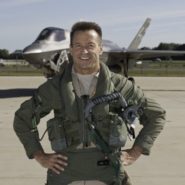 As a result, Flynn says, the last two times he popped up to Ottawa from Maryland for scheduled visits, they didn’t happen because Laurier had gone to Montreal. Trips stateside, he claims, have also been kiboshed:

“The Respondent recently unilaterally suspended the parenting coordination process. This has resulted in no communications or response to the Applicant’s requests for access to Laurier on upcoming upon [sic] weekends. The Respondent has again directed the Applicant to speak to Laurier directly.”

That, too, has proven tricky, he says, as the young’un has begun ignoring his messages and “Laurier is restricted from calling the Applicant since the Respondent cancelled his US phone plan,” as provided for in their parenting agreement.

Another irritant: the young lad’s education. When Jules got appointed G-G and prepared to move from Montreal to Ottawa, Billy proposed enrolling him at Ashbury College, the Anglo private school for toffee-nosed twits. Her Excellency instead opted for instruction in la langue de Molière at Gatineau’s private Collège Saint Alexandre.

Flynn also complains the jet-set vice-regal lifestyle is interfering with their son’s schooling: “The Respondent has taken Laurier away from school on extended work-related trips. The Applicant has not agreed with some of these decisions.”