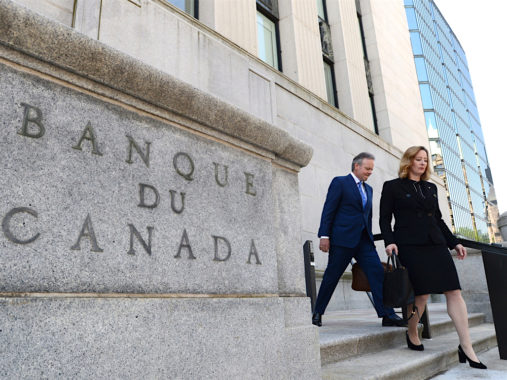 It’s early days in 2018, but how about this for Oxymoron Headline of the Year Award?:

“Sexual Harassment Scandal at the Bank of Canada!”

News that economists actually have sex will doubtless come as a shock to Frank readers. They are, after all, practitioners of what Thomas Carlyle called “the dismal science.”

Nevertheless, Frank has been advised by semi-reliable sources that The Bank has indeed been experiencing its own Weinsteinian moments.

At the BofC, managing directors are almighty, and in the case of a certain Mr. X, this combination of power and position has gone to his, er, head.

A few years ago, he was taken aside by his then boss, George Pickering, and told that a female summer student had made a formal complaint against him.

Fortunately for Mr. X, he dodged that bullet when the student returned to university.

Things got out of hand again at a summer staff party at the Mill Street Brew Pub in 2013. A priapic Mr. X. had to be poured into a cab and deposited at his home, just beyond the fringe.

Empowered by the #MeToo movement, several female staffers from the BofC and the Dept. of Finance recently came forward to relate their own stories of leering, much too much proximity and one-on-one “meetings.”

As a result, Mr. X. has been removed from the management committee and put on a short leash, particularly around interns.

Thus far, there’s been no comment on the matter by Steve Poloz, although the bank obergruppenfuhrer has his own dark secrets!

We speak, of course, about the time when Steve, newly appointed as Bank of Canada guv’, embarked on a cross-country tour that included a party aboard Jimmy Pattison’s yacht in Vancouver Harbour.

So impressed was Steve with the solid gold fixtures in Pattison’s bathroom that he took crapper pix and shared them with colleagues back at the bank.

Now he has his own stinker to deal with. Steady hand on the plunger, Steve!

3 comments on “The Bank Dick”