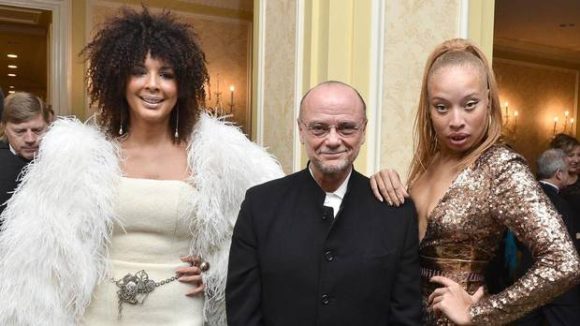 Step forward, Moses Znaimer, CITY-TV/MuchMusic founder and bulb-headed Zardoz, who once upon a time drifted over Queen Street with no visible means of support.

Why it took so long for the Mrs. Grundies at the Globe and Mail to get around to the leathery media mogul is beyond us. Rumours have circulated for years about his casting couch capers with numerous, illiterate and leggy waifs hired for CITY-TV.

We can only presume the dreary daily was tired of getting beaten on sexual misconduct scoops by their competitors, so they decided to beat the bushes for their own, high-profile stickman to string up on the front pages.

The way we hear it, the Globe has been sniffing around Znaimer for months, led by intrepid gumshoes Simon Houpt, Andrew “Golly” Gee and Tavia Grant. Thankfully, whatever dirt the national pifflesheet might unearth will have zero effect on Moses’ ZoomerMedia stock, which at .05 cents is already in Sandy McTire territory. (What Moses’ sugar daddy Prem Watsa, who bankrolls Zoomer, will make of any shenanigans the Globe uncovers is another matter.)

Among Moses’ former flunkies interviewed by the Globe was none other John Gallagher, the old CITY jock sniffer, who immediately hopped on FaceBook to warn “fellow members under the CHUMbrella” that the Globe was on the hunt.

“Now, while I regard Moses Znaimer as a friend and a mentor,” Gallagher wrote, “It was an—ahem—interesting place to work especially after hours.”

As master of his domain, Moses’ quote to the National Post in January 2003, pretty much summed up his life philosophy:

“’Empower the beaver’ is an idea I wanted to share with Michael Budman of Roots. Souvenir stores are filled with teddy bears and moose, but not stuffed beaver. I think that needs to change. We need to fill the beaver gap.”

And so he did.