Our Cop$ Are Top$: Don’t it make my brown guys blue 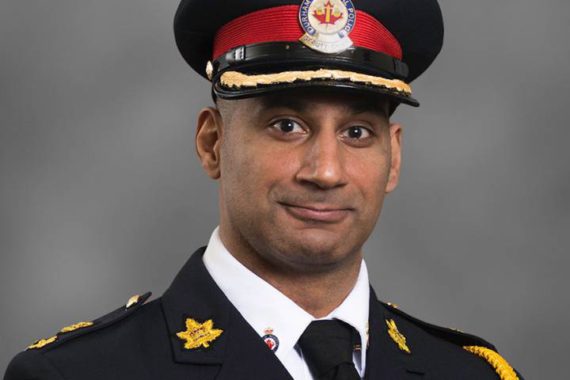 Ottawa flatfeet, according to an internal survey leaked to CBC cop hack Judy Trinh, self-identify in four fabulous flavours: the stubbornly popular Caucasian (79.63 per cent), Racialized (13.45), Prefer Not to Say (5.61) and Not Specified (1.31).

Alas, the census conducted by the Canadian Centre for Diversity and Inclusion (wat dat!?–ed.) reveals not all is cake and harmony in the OPS rainbow coalition. Misguided perceptions somehow persist among Ottawa’s finest that when it comes to hires and promotions, melanin beats merit.

“I don’t care from what minority group as long that they’re the best candidate,” quoth one anonymous respondent. “Internal position should be the same… choose the best person for the job not only because of race or gender.”

No wonder the force has been sitting on the report since April. And what a dagger in the heart such divisiveness must be for our number one soul brother, Chief Chuck “Chuck” Bordeleau, after all he’s done to recruit a more diverse cadre of officers into the pale blue line.

Case in point: this summer’s high-profile hire of Deputy Chief Uday Jaswal, lured back to Ottawa from the Durham Regional Police, and chosen over paleface contenders like Insp. Mark Ford, genetically qualified as son of former chief Brian Ford. And nowhere was heard a discouragin’ word about ‘reverse discrimination’ or other such white boy blues standards.

Even Sgt. (rtd) Steve Flanagan, son of sainted chief Tom Flanagan (See Also: Those Fucking Flanagans), had nothing but praise, gushing in a letter to the Ottawa Sun:

“As a former officer, I first met this man when he was a recruit, and I was immediately impressed by his demeanour. At the time, I told him that he was going to be the chief one day.

“Our local law enforcement is badly in need of new blue blood, and previous experience as second in command at Durham Regional Police, more than two decades working in the nation’s capital and being a visible minority in an increasingly diverse metropolis will serve Jaswal very well.”

And, Eli need hardly mention, the perfect vizmin addition to the OPS’ tapioca brass as the force braces for the racially-charged manslaughter trial of Const. Daniel Montsion in the death of unlucky Somali Abdirahman Abdi. 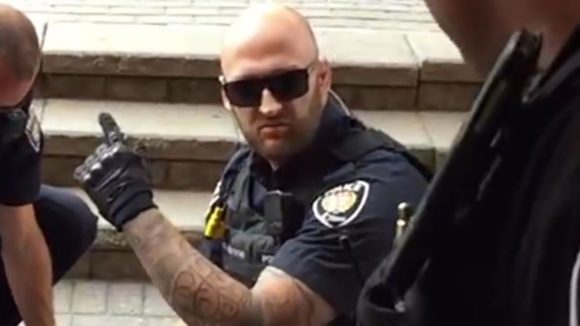 As deputy chief in Durham Jaswal weathered more than his share of public shitstorms, including the notorious beatdown of black teen Dafonte Miller and harassment complaints against a senior officer, Insp. Nick Lisi, which included verbal abuse, boozing on the job and boasting endlessly about the size of his dick.

One officer who complained about Lisi, Sgt. Nicole Whiteway, claimed that Durham cops subsequently arrested her suicidal ex-hubby, but instead of taking him to hospital, they prodded him for actionable intel on her.

Little wonder a Durham Regional Police Association survey of members earlier this year found morale in the toilet, along with confidence in the force’s leadership. No reflection on our Uday, bien sûr!

It was no doubt some of this misdirected ill will that explains an anonymous poison-pixel email sent to members of Ottawa’s police services board ahead of Jaswal’s hiring. Among its more outrageous suggestions was that a video exists of Jaswal “attempting to seduce” Sgt. Whiteway at the Brooklin Pub in Whitby: “He purchases her alcoholic drinks, while he consumes his own to excess, and dances with her. This video ends with Deputy Jaswal staggering out of the bar by himself.”

This baseless and risible smear was quite properly disregarded by the police board, though Uday, it must be said, had a reputation as a stickman in his days on the Ottawa force, and was widely rumoured to have done the horizontal ride-along with at least one Ottawa Sun police reporter.

Suffice to say, such dirty-minded and irrelevant tattle has no place in a family magazine, whaddaguy, etc.

2 comments on “Our Cop$ Are Top$: Don’t it make my brown guys blue”