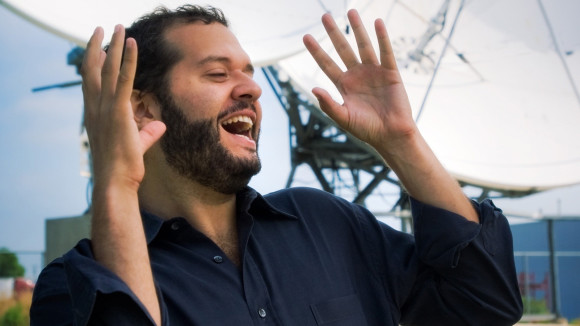 Attention Canadaland supporters. The next time you pony up your hard-earned cash in aid of the nation’s wokest podcast, rest assured your contribution also helps to house the needy — like, er, Jesse Brown!

It seems that charity begins at home for the Canadaland supremo, a notorious tightwad when it comes to compensation for his own employees.

(Canadaland’s top-paid employee, Jonathan Goldsbie, trousers $56,000 a year. Brown himself draws an annual salary of only $48K, but he’s sitting on millions of dollars he made from the sale of his Bitstrips emoji company to Snapchat four years ago.)

Over the past few years, Brown and his delightful spouse, author Kate Minsky, have been amassing real estate. They started in 2011 with a house on Bellwoods Ave., which they purchased for $610,000 (today worth well over $1-million.)

Last summer they rented out their Bellwoods joint and moved into new digs on Euclid Ave. Price: $2.3-million, with a $1.1 million mortgage from RBC (for tax purposes, as they do.)

The new home is modest by comparison with Ezra Levant, Jesse’s fellow vanity pressman over at The Rebel.

Ezra also used money from his Rebel dupes (proud donors, shurely?!—ed.) to help finance a $3-million home in Forest Hill in 2017. Alas, construction got mired in lawsuits, and Lugenpants sold out and stayed put in his original abode.

3 comments on “Whose House Canadaland”