It takes a Trumpian level of cognitive dissonance to accuse a competitor of sleeping with sources, even as you’re doing the same thing. But that’s Brian Lilley.

Readers may recall how the Toronto Sun politics columnist got into a Twitter tiff last year with Rob Benzie. According to Lilley, the Toronto Star hack had been getting inside dirt on Doug Ford’s provincial Tory leadership campaign from his wife, a “top communications staffer for Kathleen Wynne.”

Benzie replied that his wife, Rhonda McMichael, was a public servant—not a Liberal staffer–hired back when Mike Harris was in office, and before Benzie worked at Queen’s Park.

Unknown at the time was that even as he slagged McMichael and Benzie, Brian was busy gelding his lily with none other than Ivana Yelich, longtime Tory hackette, and now press secretary for Premier DoFo.

The Lilley-Yelich coupling (shurely worst mental image of the year!—ed.) came as a surprise to Mrs. Lilley and their four kids, who Brian subsequently left behind in Ottawa in order to devote his full attention to Yelich.

In the past year, the smart-haired one has proven to be one of Ford’s more useful idiots: 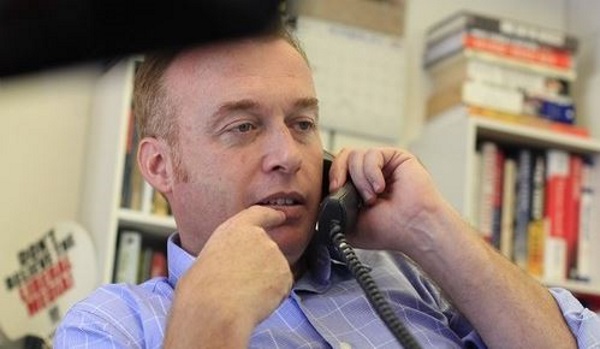 “’We don’t want to be dragged into this election as much as Justin Trudeau would like to campaign against the premier,’” said a source in the premier’s office.”
—Lilley, Aug. 9, 2019.

“Sources close to the premier insist that both sides are putting the campaign behind them.”
–Lilley, Oct. 27.

“Elliott, currently the health minister, has dealt with a number of concussions. Her fall while shopping earlier this year was apparently worse than reported to both the media and the premier’s office. That said, sources close to the premier say that if Elliott leaves cabinet, it will be of her own accord.”
–Lilley, Toronto Sun, June 20, 2019.

And this week, after months of slavish devotion to Andrew Scheer, Lilley fell into lockstep with Ford flunkies like Sara McIntyre, who are eager to be rid of Scheer:

Lilley joined the pile-on in his Oct. 28th column in The Sun: “Scheer needs to step up or step down”

McIntyre, it should be noted, lives with Kory Teneycke, Ford’s 2018 election campaign manager.

“When does the show start?”