What’s it all about, Andy?

“A Few Other U of R Grads You May Recognize
[…] Dianne Warren Canadian novelist
Robert Boyer Canadian First Nations visual artist
Andrew Scheer, Leader of the Opposition in the House of Commons”
— University of Regina, 2017-2018 Viewbook. 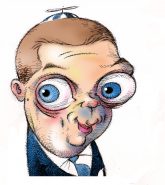 “IBAS can confirm, however, that Mr. Scheer did complete an accredited course with IBAS that would form part of the current eligibility requirements for licensing.”
— Insurance Brokers Association of Saskatchewan, Sept. 30.

“Like millions of Canadians, one of Mr. Scheer’s parents was born in another country and immigrated to Canada to start a family. He and his sisters received United States passports as children and Mr. Scheer has not renewed his as an adult. He has not voted in any United States election.”
— Daniel Schow, Conservative spokesthingy, Oct. 3.

“If I could give myself one mission, it would be to humanize him,”
— Sylvie Frechette, fancy swimmer and Conservative candidate in Rivière-du-Nord  , Globe and Mail, Sept. 11.