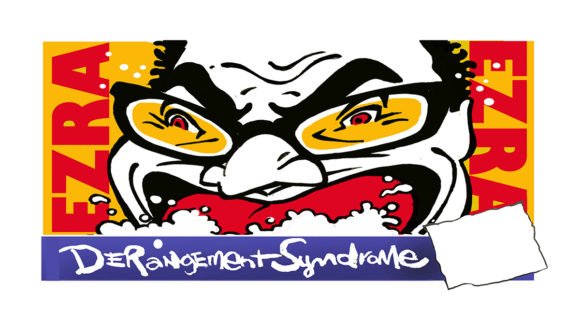 Wire fraud charges against Steve Bannon, related to his $25M “We Build the Wall” crowd funder, may be causing loads of braunpants for the white nationalist’s admirers and imitators, but not Ezra Levant.

The Rebel obergruppenführer continues to bang his tin cup for the causes of countless very fine people, this month on behalf of InfoWars nutter Millie Weaver, arrested at her Ohio home Aug 14, on charges Lügenpants has yet to enumerate to donors. No matter:

“Over the years, several Rebel News journalists have been arrested during the course of their work, most recently Anna Slatz, during her coverage of Antifa riots in New York, but also Tommy Robinson and Laura Loomer. And we responded by crowdfunding for their release and legal defence. And we don’t just do this for our own reporters.”

True, dat. Wherever fake news is under assault, no matter how unverifiably, the Rebel has been there, courageously passing the hood.

Funny he should dredge up that cash-grubber for Loomer, though. Readers may recall the far-right fruitloop, now running for Congress in Florida, was charged with disorderly conduct and trespassing for shouting down a New York City performance of Julius Ceasar, wherein the knives go into a treasonously Trumplike Roman emperor.

So practiced at the art of the wheedle is our Ezra that the “Free Laura” online begathon had been set up, avec art, hours before she even took her brave stand against unpatriotic theatre, which delayed the play upwards of 45 seconds.

Ezra assured donors that a lawyer had been hired to effect Loomer’s freedom. In reality, she was booked, processed and booted out the door via a summary “desk appearance ticket”, and  was already free within three hours of her arrest.

She still faced a draconian ticket that could have gone as high as the low three figures, but thousands of dollars were soon scraped up for her defence, and the change couldn’t very well be returned to sender. Frank is certain Ezra and/or Laura ultimately gave the dosh a good home.

Similarly, Weaver’s legal troubles seem rather less than advertised. To hear her tell it, the jackboot goons of the Deep State rousted her just as she was about to get to the bottom of Hillary’s emails, or whateverthefuck.

But the indictment tells a different story. Weaver, her brother and her boyfriend each face one count of robbery, tampering with evidence, obstructing justice and domestic violence, all relating to a contretemps with her mom.

Weaver’s already free on $20,000 bail – released on a no-money-down personal recognizance bond, so unless she skips her court date, the cost so far is zilch. And Momma sez she’s already filed to have the charges dropped, so the question remains just why the fearless investigative journalist will, er, need a legal defence fund.

These quibbles aside, Ezra’s already accumulated a war chest of $173,000, including two generous anonymous donations of $10,000 and $15,000. Freeing Millie, after all, ain’t gonna come cheap, whether it has to be done or not.