“Although much of [Canada’s] policy towards Native peoples has been a failure, that generally is not for lack of good intentions” 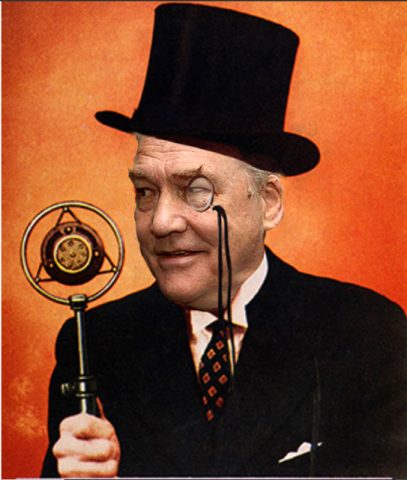 Microcosmically: A small, representative system having analogies to a larger system
The spectacle of most of Canada’s media and politicians accusing this country of “systemic racism” is a self-directed slander since Canada generously welcomes non-white immigration and although much of our policy towards Native peoples has been a failure, that generally is not for lack of good intentions…. Our entire political class appears to take a psycho-masochistic pleasure in accusing itself of the bigotry that only microcosmically exists here.
—Conrad, Lord Tubby, National Post, Mar. 12, 2021.

Lifespan of Indigenous people 15 years shorter than that of other Canadians, federal documents say
—cbc.ca, Jan. 23, 2021.

Canada’s Racial Gap On Income, Wealth Isn’t Getting Any Better: Study. Racialized people are more active in the workforce than other groups, but still earn less.
—huffingtonpost.ca, Nov. 12, 2019.

Islamophobia is on the rise during COVID-19: The repeated use of mosques as the background for stories on COVID-19 and fake news about Muslims as super spreaders creates concerns about violence.
—policyoptions.irpp.org, Oct. 1, 2020.

Only to be totally eclipsed by the January 6 Klown Kar Koup attempt by the ramshackle coalition of lunatics that helped propel the former administration into office
The world watched in astonishment last year as riots erupted across the United States in protest against what was falsely portrayed to be the widespread and officially indulged practice of white police killing unarmed African-Americans. The Black Lives Matter movement, whose radical wing promises to burn down America if all its demands are not met, and which at times sanctions the murder of white policemen, went unmentioned at the Democratic National Convention and is a member in good standing of the ramshackle coalition that helped to propel the present administration into office.
—Ibid.

Spokeslord for Western civilization looks on the bright side of Chinese aggression
The rise of China has been accompanied by this period of hostile introspection in the West of a kind that can only occur in the absence of a serious foreign threat. [I]t may be that this Chinese challenge is fortuitous. Only complacent countries can afford the luxury of wallowing in such ludicrously exaggerated self-loathing as much of the West now is.
—Ibid.

But more commonly, “a spunktrumpet scunner with a puss like a skelped erse”
The former president was constantly under siege, frequently illegally harassed and undermined, and replied with unrelenting resistance and counter-controversy day and night for four years. He was what the Scots call “a bonny fighter….”
—Conrad, Lord Tubby, amgreatness.com, Mar. 15, 2021.

“He’s notoriously disliked here,” said Stan Blackley, an Edinburgh resident who famoulsy rubbed a yellow balloon on Trump’s head in 2012. “When he comes, we can almost feel the hair up the spine of Scotland stand up…..” “He’s a blatantly racist, sexist, misogynistic idiot,” said David Milne, who recently erected a Mexican flag on top of his house near Trump’s International Golf Links course.
—buzzfeed.com, Dec. 15, 2015.

You see, even traumatized people can rally together in a righteous cause!
The bipartisan political establishment was so traumatized by Trump’s victory in 2016 that it spontaneously generated an anti-Trump movement designed to render his life impossible as president and drive him from the White House.
—Tubby, op. cit.

Democrats, Republicans, epidemiologists, the media—and now the herpetologists—they’re all part of the biggest political conspiracy in history, but, rest assured, we’re on to them!
Then they marched in lockstep with the scientists demanding the country be shut down, in order to produce an economic depression that they could, with invaluable aid from the Trump-hating media monopoly that conducted Biden’s campaign for him, hang around the president’s neck like an asp….And as they work toward the deadlines of the next elections, they should know that it will not be possible to rig them again.           —Ibid.

Citation needed—ed.
The Democratic effort to pretend they won the election fairly and that Trump whipped his followers into an attempt to stage an insurrection and intimidate or suborn the Electoral College and Congress has been a complete failure.
—Ibid.

Trump, of course, being considerably biglier than your average feces-flinging primate
Trump has gone, for the time being, but he remains the 900-pound gorilla in the American political saloon.
—Tubby, op. cit.

It is common in American English to refer to a powerful person or organization as an 800 pound gorilla.
—english.stackexchange.co.

Ovinous and tractable by nature, Canadians mesmerized into bungled pandemic response
Canada’s response to the coronavirus has been a disaster. There was never any justifiable argument for the extent of the lockdowns this country…has endured, and the explanation for it lies in the overflow of panic generated for political reasons in the United States by the anti-Trump media in an election year…. The effect on Canada of the campaign of the U.S. Democratic party and its almost coextensive Trump-hating national political media has been the customary spillover onto the Canadian media and politicians who, despite affectations of distinctiveness, are only on the rarest occasions seriously resistant to prevailing trends in American popular opinion.
—Conrad, Lord Tubby, National Post, Mar. 6, 2021.

So effective was Trump’s pharma strategy that he even managed to assert it ex post facto
The then-president put immense and effective pressure on the pharmaceutical industry to produce a vaccine, which it did 18 months ahead of the most optimistic expectations…. The Trump administration saved millions of lives around the world by asserting constructive pressure and materially incentivizing the development of effective vaccines.
—Ibid.

[T]hanks to advances in genomic sequencing, researchers successfully uncovered the viral sequence of SARS-CoV-2 in January 2020—roughly 10 days after the first reported pneumonia cases in Wuhan, China. The ability to fast-track research and clinical trials was a direct result of this worldwide cooperation.
—medicalnewstoday.com, Dec. 15, 2020.

In fact, Pfizer partnered with the vaccine’s original developer, Germany’s BioNTech, in March and the following month announced the first human study in Germany. The White House announced Operation Warp Speed in May….“Pfizer’s COVID-19 vaccine development and manufacturing costs have been entirely self-funded,” Pfizer spokeswoman Jerica Pitts said this week. “We decided to self-fund our efforts so we could move as fast as possible.”
—chicagotribune,com, Nov. 13, 2020.

If only she were 100 per cent American, it might have been a different story
The controversy provoked by Oprah Winfrey’s interview with Britain’s Prince Harry and his wife, Meghan Markle, has produced a division between those who assume that the British royal family is eminently capable of looking down its collective nose at an American, half African, nominally Roman Catholic divorcée, and those who believe that the British royal family is entitled to expect a higher level of discretion than Ms. Markle, now the Duchess of Sussex, has exercised.
—Conrad, Lord Tubby. nationalreview.com, Mar. 10, 2021.

So, what do the simple folk do?
There are politics and abrasions in every family, and the traditions, prominence, and wealth of the British royal family would ensure that these complexities are more difficult than most families’ internecine problems.
—Ibid.

And that’s why “Do you have Prince Albert in the can?” is still considered the first modern joke
Being a member of the British royal family confers a comfortable life and an automatic level of deference, and it comports certain responsibilities. In general, with the modern British monarchy, which may be considered to have begun with Queen Victoria in 1837, practically everyone in that family has discharged those responsibilities.
—Ibid.

After all, who amongst us…?
Prince Harry’s uncle, Prince Andrew, Duke of York, was deemed to have embarrassed the royal family by his association with the late Jeffrey Epstein and has dropped out of sight of the public, but he committed no legal offense, merely a lapse of judgment, and after the proverbial decent interval, will doubtlessly be readmitted to normal participation in the royal family’s many benevolent and ceremonious duties.
—Ibid.

Black, Conrad: Media mogul. Name found in Epstein’s black book. He’s perhaps best known for being sentenced to 42 months in prison for fraud, then writing a book about Trump and receiving a pardon. Vicky Ward, who profiled Epstein for Vanity Fair in 2003, said Epstein heavily leaned on Black, who is her ex-husband’s uncle (and was her ex-husband’s then-boss), to try to exert his influence on Ward.
—nymag.com, July 22, 2019.

5 comments on ““Although much of [Canada’s] policy towards Native peoples has been a failure, that generally is not for lack of good intentions””