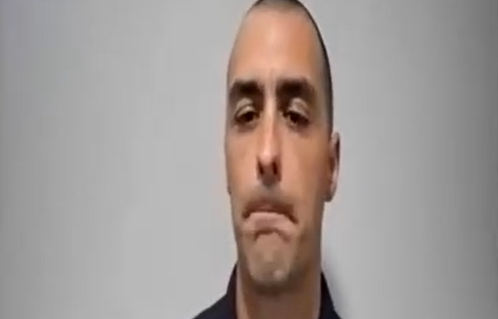 A tip of the Frank ushanka to the Canadian Anti-Hate Network, for pissing on the prime minister’s Ron Whites — even as they pocket Trudeau’s handouts.

Today, @JustinTrudeau equated anti-racists and anti-fascists with white supremacists and the far-right. This is disinformation. It is irresponsible. And it warrants an apology. #cdnpoli pic.twitter.com/wvCyI0J4PF

Chaser (per their website): “Our work is made possible in part thanks to a grant from the Anti-Racism Action Program.”

And why wouldn’t the feds take a flyer on Antiha? All the big swinging wallies of wokedom are involved, from chairbore Bernie Farber on down the line.

But what of Antiha’s own hateful attack on our beloved constabulary, as per their report on the strange disciplinary case of OPP Const. Gabriel Proulx, so far much-ignored by the working press.

The swivel-eyed Proulx is charged with attempting to intimidate Bellevile park officers, who were trying to shoo the off-duty flatfoot and his buddies from a closed park during last spring’s third wave.

Police disciplinary thingies are proposing to slap his wrists with a 40-hour pay suspension (oh the humanity!!—ed.) The service says there’s a second investigation into the good constable, but declines to provide details.

Proulx has responded to the charges with a Writ of Nu-Uh, I’m Not Trespassing, YOU’RE Trespassing, jam-packed with conspirazoid jibber-jabber. It’s signed with his bloody thumbprint and that of “sovereign citizen” tin-foiler Christopher James Pritchard , on whose lievstream, A Warrior Calls, he appeared September 13.

Pritchard, for the uninitiated, is no ordinary nutterbutter. The self-trained “common law expert” routinely floods the zone with so much shit, in Steve Bannon’s memorable phrasing, that the zone can no longer be reliably located.

The BC Law Society, fed up with his pretend-lawyering for the Flat Earth Society and other squanderers of the courts’ time, got an injunction in June stopping Pritchard from “referring to himself as being a Counselor at law, lawyer, counsel, or any other title that connotes that he is entitled or qualified to engage in the practice of law.”

Pritchard’s show blows past Godwin’s Law with admirable dispatch, opening with a shot of the Nuremberg executions, reimagining the historical hangings of ten top Nazis as some mass string-up by the Allies of journos and medical professionals. The caption:

“Still so sure you want to try to force me to get the experimental vaccination?

“Photograph of Hangings at Nuremberg, Germany

“Members of the Media who lied and misled the German People were executed, right along with Medical Doctors and Nurses who participated in medical experiments using living people as guinea pigs. Those who forget the past are condemned to relive it.” 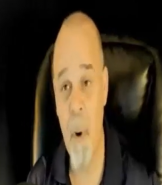 But Pritchard, reporting live from his own pocket dimension, has joyful fake news to share. There’s no need for vaccines, masks or lockdowns because the ‘rona’s not real! The so-called virus, he reveals, has “never been isolated in a lab.” (It has, duh.)

Also not real? The government. They’re just “service corporations,” Pritchard explains, at baffling length, with whom you have signed no contract, and hence their silly man-made laws are of no force or effect.

“When I found your website and everything else, that’s when my jaw kinda dropped because I had no idea about the service corporation,” Proulx marvels to Pritchard, his eyes finally opened. “That the Government of Canada is a national service corporation.”

Const. Proulx’s own contract with the service corporation of Ontario to enforce its invalid and fictional laws, paid him $113,607 in 2020. A bargain at twice the price, sans doubt.

2 comments on “Our Cop$ are Top$: OPP’s Constable QAnon”